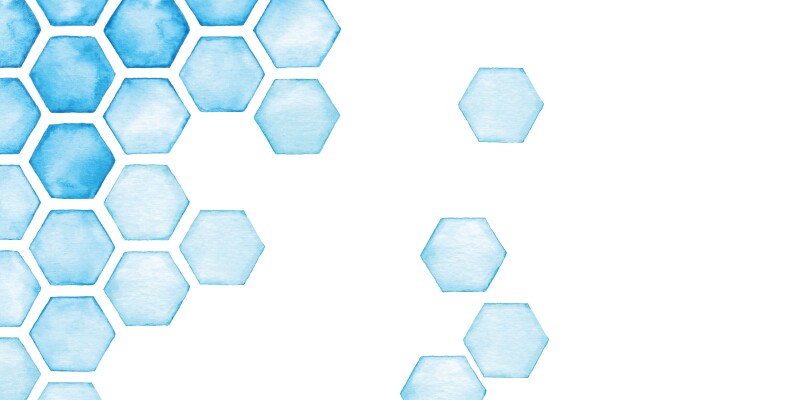 Accelerate strategy execution with a method to align all employees with the plan.

Your employer has developed a strategic plan. It's fantastic. It's informed by solid analysis of the market and competitive forces; an honest review of the company's competencies, strengths, and weaknesses; and a clear and defensible set of initiatives designed to propel the organization into an inspiring future. The strategic plan is a work of art. It is beautiful. Even the consultants your organization hired to help with it think so.

Why, then, is no one executing on it as quickly as they should?

That was true for one technology company based in Toronto, Canada. A solid and smart leadership team with strong opinions was being paralyzed by a decision-making process that could best be dubbed as management by committee. The leaders knew where they wanted to go, but they just weren't getting there.

Many strategic plans face the same fate as any standard project: They fail before they even begin. Inherent in strategic planning is change—and change management is a highly elusive yet important part of strategy execution. Failure to execute means unrealized opportunity and, in some cases, failure of the business as a whole.

The 60-person Toronto tech company embarked on a well-planned and facilitated three-stage process of executing change that aligned the organization within three weeks and had it executing its strategy immediately after that:

Three years later, the company had doubled its revenues, increased in size to more than 150, and achieved its highest-priority objectives and strategic initiatives.

The method the firm followed is one that organizations of any size can implement. In fact, it has been deployed at businesses from small startups to international banks.

Once a company develops its strategic plan, it needs to tell people about it—over and over and over again. This is where marketers understand things best. Marketing professionals well understand that to get any prospective customer's attention, you must reach out to them at least seven to 12 times in different forms.

The tech company employed a multifaceted approach to communication that involved a combination of ideas.

After strategy execution started, the tech company used all the above methods to communicate quarterly updates on progress against the plan.

Quite possibly the most underestimated part of a communication process is the organization enabling employees to absorb the change. After any communication, the standard question from the communicator often is: Do you have any questions? The standard response to that question often is silence.

To generate questions, leaders must first give employees a chance to understand how they feel about the change. To do that, they should ask employees a different question: How do you feel about this decision, change, or strategy?

Asking employees how they feel forces them to think about the gaps in their knowledge about the strategy. When they experience those knowledge gaps, they will know what questions to ask before they can explain how they feel. It may sound something like this:

Leader: "How do you feel about the change?"

Employee: "I'm not sure. This is the first time I've heard about it. Why was that particular decision made?"

Employee: "OK. Now that I understand it better, I feel …"

The reason absorbing the change is dramatically underestimated is because people are not given the time to be able to express their feelings and concerns and to reveal the questions they may have otherwise realized they had. Most regular team meetings where leaders are expected to communicate the strategic plan and conduct other business last only 60 minutes. For a team of eight people, that leaves at most 7.5 minutes per person of talk time. That's hardly enough time to engage in meaningful discussion about a strategic plan, let alone generate enough buy-in and understanding of what needs to change to bring the plan to life.

The tech company allocated multiple team meetings and a team retreat to give every employee ample time to communicate their feelings about the change and ask the questions they needed to ask to realize what those feelings were. It enabled the organization to reveal areas of resistance, confusion, and incompleteness so that everyone could more easily buy into the strategy.

Engage in the change

Finally, every employee needs to engage meaningfully in the change by redesigning their role to better align with the new strategy. While many HR or talent development teams will engage in a thorough organization design and job description review to align job roles to the new strategy, the tech company circumvented that traditional process by going straight to a revamped deployment of the objectives-setting process. It required the employees to recraft their roles. But instead of using job descriptions, they used scorecards to define metrics and objectives of each job that directly related to the new strategy—by far, the fastest way to implement the changes.

To start the process, the tech company's leadership team attended a retreat to determine the organization's key performance indicators (KPIs) for the next fiscal year based on the new strategic plan. During the meeting:

Each leadership team member then took the outputs of the retreat and led a retreat with their respective direct reports where they communicated the strategy and organizational KPIs and then worked on the team's KPIs together. During this team-level retreat, each direct report presented a set of draft KPIs for their role, and the team discussed action plans and other topics, similar to what took place at the leadership team retreat.

The team-level meetings cascaded to deeper teams in the company, where each team leader led a retreat during which they described and gained buy-in to the strategy and aligned their team to the strategic plan. At each stage of the cascading process of retreats, the leadership team uncovered and came to an understanding about the alignment issues that surfaced through the deployment and resolved discrepancies in the objectives and resources.

Short alignment meetings among the leadership team are an effective way to discuss and address any alignment issues. With the help of a main facilitator who has an understanding of the themes from all the retreats, the group should review the issues coming out of the employee retreats; decide on any changes needed to resolve the issues; and communicate the changes via a town hall, weekly team meetings, and the remaining retreats yet to be conducted.

Companies should repeat the above steps prior to the start of each fiscal year of the strategic plan.

Each retreat, ideally held off-site, could last anywhere from one to 2.5 days in the first year of deployment. The basic agenda would include these activities:

Because the retreats can be open to interpretation, an external facilitator or a well-trained internal facilitator should lead all retreats across the organization. Doing so ensures true buy-in and commitment to the decisions, consistency of the approach, and discipline to ensure each step is conducted without compromise. The facilitator's role also is to train each team leader in effectively leading a retreat, which results in an increased leadership skill set across the organization.

This series of retreats can take anywhere from one week to three months each year depending on company size. At the end of the process, companies will want to achieve three key outcomes:

While the tech company hired an external facilitator to help implement the strategy execution process, the HR function led the internal operationalization of the alignment method. Any company's HR or talent development function can take on the tasks that the tech firm's HR team was responsible for:

At the core of strategic planning is a set of decisions that need to be implemented. Management guru Peter Drucker said, "The first rule is to make sure that everyone who will have to do something to make the decision effective—or who could sabotage it—has been forced to participate responsibly in the discussion. This is not ‘democracy.' It is salesmanship."

By using the alignment method, the leadership team compels all employees to participate responsibly and, by doing so, reveal areas of resistance. The leaders will be better able to address the resistance if they know where it is.

The alignment method also creates efficiency by removing conflict. An effective alignment method enables every employee affected by the change to create a set of objectives that are aligned across the organization. It effectively removes silos.

In addition, the method enables companies to accelerate execution because everyone knows what they need to do, who they depend on to do it, and by when it needs to be done. In essence, the alignment method front-loads the planning process, focuses resources on the right work, and removes inefficiency so that execution is accelerated.

Put in the time and effort

Why do strategy execution efforts fail? Often because organizations underestimate the amount of communication and engagement required to build commitment and buy-in to a strategic plan. Companies comprise a diverse set of opinionated personalities, each with a different risk tolerance to change.

Convincing strong-willed people to change their ways can require a Herculean effort for which most organizations don't have the patience or discipline. The Toronto tech company didn't have the patience or bandwidth to fail on its strategy execution, so it hired a skilled facilitator to work with the HR function to ensure every retreat was well executed and efficient. The HR function then integrated the process with the performance management process to ensure effective feedback, coaching, and rewards were in place to support discipline and execution of the plan.

About the Author
Mary Legakis Engel

Mary Legakis Engel is founder of the Management Coach; co-founder and CEO of e-suite.com; and a recognized speaker, coach, consultant, and business executive. She has been advising, consulting, and coaching leaders and managers on effective management and how to grow their businesses while continuously engaging their employees for more than 15 years.

Engel helps leaders and managers increase their incomes, raise their performance ratings, and achieve the leadership positions they aspire to. She helps organizations improve profitability, cash flow, and employee productivity through a proven facilitation process that she has honed over 20 years as a management consultant.

She has worked closely with managers and leaders across all industries and has extensive experience working with global brands, public and private companies, startups, not-for-profits, and family-owned businesses across North America.