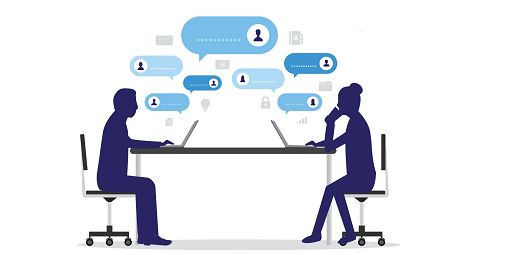 Get the (Instant) Message

The pros and cons of IM systems in the workplace.

For a business to succeed in an increasingly competitive environment, it needs to embrace technology that will make internal communication more time- and cost-efficient. That's why talent development professionals have considered introducing more tech tools, such as instant messaging (IM) systems, to their workplaces.

A recent survey of 513 U.S. workers from ReportLinker shows that 43 percent of companies use an IM system. The most popular tool is Skype, a Microsoft product; but recently other products such as Facebook at Work have experienced growing demand, especially at small companies.

One way you can benefit from IM systems is being able to communicate with colleagues and get responses from them faster. According to the survey, 45 percent of "heavy users" say they are more productive with instant messaging than without it. Many respondents also acknowledged that IM tools help reduce the volume of emails they receive, let them know when someone is unable to immediately respond to an inquiry, and improve personal communication.

Another common use for IM systems is to support telecommuting. With businesses going global, the need for teleworking is becoming inevitable. In total, 44 percent of respondents to the ReportLinker survey confirmed that their companies allow them to work remotely. The numbers are much higher for tech companies (69 percent) and international firms (66 percent), so it is unsurprising that IM systems are more prevalent at those companies. More than six in 10 international companies and more than seven in 10 technology firms provide these tools to their employees.

However, IM systems can have a dark side. While some employees believe IM systems make them more productive at work, others admitted that they did the opposite. Also, employees reported issues with IM systems exposing their digital infrastructure to viruses or being used to share unsuitable content for the workplace.

About the Author
Fatine Mamouni

Fatine Mamouni is a senior coordinator for ATD Global. She supports the International department as the primary point of contact to all international inquiries. She works with international delegations through the registration process and manages the global village. Contact Fatine at [email protected]