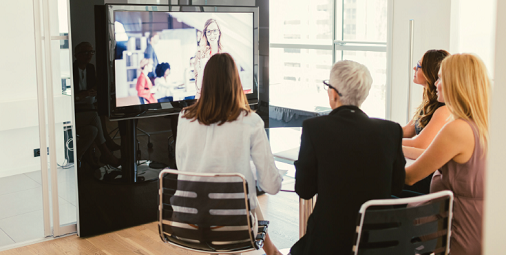 How to Direct Great Onboarding Videos

Keep these tips in mind when creating videos for new hires.

Video is ubiquitous these days, but many organizations don't realize what a powerful tool it can be for getting employees behind your company message when they first join the team. They simply see it as a way to share information—whether it's year-end results, technical training, or other key facts.

Sometimes you do just need to get the facts out, but you're missing a huge opportunity to connect with your people if you only see video as an outlet for information. This is especially the case for talent development professionals who handle their companies' onboarding programs. When used to its fullest potential, video has incredible power to stir people to action. And action is exactly what talent development needs to enhance business.

In other words, you don't want your message to stop when the video ends. You want it to keep going, living on in your people so they can drive change. Through video, employees (and prospective employees) can get to know team members throughout the world, learn about their benefits packages, experience company culture, and see how the organization has empowered its people to do great things outside the office.

Now, while video is full of potential, simply firing up the company camera and starting to record is not enough to create an effective onboarding experience. If you want viewers to act on your message, your video needs to spark a human connection. Don't worry, though. Anyone can do this with some thoughtful preparation.

A call-to-action video can't be effective unless it's human. To move viewers, you must get personal, and the best way to do that is by having someone tell a story. And every story needs a storyteller. It doesn't matter who speaks on camera—the CEO, an HR leader, a rising-star assistant—but someone must. Viewers won't feel a connection if they don't see a person behind the company logo.

Take a video I worked on with professional services company KPMG as an example. In only three minutes, the video related stories from several employees about working there. We filmed each person telling the camera about their experience with the company, and then gathered footage of them going through their days. In one part of the video, viewers heard a woman's voice saying, "I'm a very passionate person, and I'm a very driven person" while we showed her exercising outside. This was an easy way to express that although the organization expected excellent results, it also valued its employees' life outside of work.

After watching this video, viewers could construct a narrative in their minds about the company's expectations that was much clearer than the one a list of bullet points would have painted.

Give everyone a voice

When you're developing videos to influence frontline employees, give them a voice in the message. As much as people do want to hear from leaders, there's something to be said for having someone your audience can see as a peer telling the real story about your company.

One example of an organization that does this well is the chemical company BASF. When it prepared a video to showcase how its comprehensive benefits package affects the personal lives of its employees, the creators realized that having the CEO or HR director talk about what the company had to offer would do a good job of explaining the benefits, but the information would have stopped there.

Instead, the video featured an employee who shared how BASF's benefits helped shape his life. He told how the company's learning culture trained him for several career paths within the organization over three decades. Viewers saw images of him enjoying extra time with his family through flex time and paid time off, as well as family pictures.

The experience of seeing how a company's benefits could affect a relatable person was much more effective than receiving the information on paper.

By their very nature, most people need to connect with others to thrive. Many people will say that a company's culture and the people with whom they work matter more to them than the content of their job. Whether they're manufacturing cars or designing apps, employees want to work with people they can relate to. So, if you're trying to depict your company's culture in a video, it's important to let new employees know it's full of people they'd be happy to see every day.

This is where using a technique called B-roll can have an epic effect. Here's how to do it: As your on-camera speaker shares her story, alternate footage of her speaking with footage of her doing other things. In an onboarding video, using this technique would be a good way to show the different ways new employees at your company can expect to work with others.

Alongside the face of a real person, viewers will see what employees wear to work, where they meet to share ideas (conference room, coffee shop, the boss's sofa-lined office?), and the energy they exchange with one another. These simple images are all things that you'll want prospective and incoming employees to know, and things that will be difficult to express with words alone.

Brevity is important for training videos that are packed with facts, especially considering the short attention spans most people have today. Nobody will want to sit through a long informational video and, even if they do endure it, they likely won't remember anything that was said unless it's wrapped in a memorable story. However, sometimes you will have to deliver content that doesn't lend itself to a story.

In those types of situations, keeping your content short and interactive can help make it stick. Remember, we thrive when we connect with others. Any time viewers can step away from a training video and immediately start working with peers on what they've seen, they become more likely to carry it with them outside the training session. That is why, when creating videos that won't have human-driven stories, it's important to keep your focus narrow enough that people will clearly understand the one thing you want them to take away after watching.

The best businesses know that they can't grow if their people don't grow with them. When you can't express what new employees need to know in words, you can show that you're invested in their success through the power of video.

About the Author
Vern Oakley

Vern Oakley is CEO and creative director of Tribe Pictures and the author of Leadership in Focus: Bringing Out Your Best on Camera.