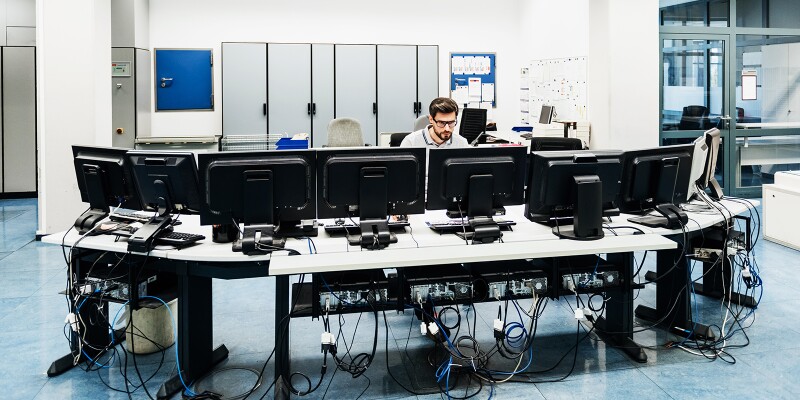 Despite a rise in cybersecurity training, the field is unable to fill necessary positions.

Typically, training prospective employees is an ideal way to combat a skills gap and fill job openings. However, such a method isn't perfect. Even with cybersecurity job training growth, hiring hasn't kept up with demand, according to Recruiting Watchers for the Virtual Walls: The State of Cybersecurity Hiring, a report from analytics firm Burning Glass Technologies. Data from the National Center for Education Studies indicate that postsecondary cybersecurity training and the number of graduates in the field rose from 33 percent to 40 percent between 2013 and 2017. But the field's ratio of employed workers to job openings has changed little in four years.

One factor has been that cybersecurity, which was once merely a concern for the government and defense industries, has grown to become a critical function across industries. According to Burning Glass Technology's database, the number of cybersecurity job postings has grown 94 percent since 2013—more than three times faster than all other IT job postings.

As is often the case in industry-wide hiring struggles, changing skill demands is also affecting the cybersecurity job market. The report notes that the demand for cybersecurity roles with automation skills has grown by 225 percent since 2013, while the demand for risk management skills has increased by 133 percent over that span. Burning Glass Technologies predicts the fastest-growing cybersecurity skills over the next five years to be public cloud security and knowledge of the Internet of Things.

Gartner's most recent Emerging Risks Survey of executives determined that positions related to cybersecurity, such as cloud computing, were among the most difficult to find talent for. Further, a 2017 study by the International Information System Security Certification Consortium projected 1.8 million cybersecurity jobs will be unfilled in 2022.

Ahu Yildirmaz, co-head of the ADP Research Institute, suggests that a pay increase may help attract and retain talent. Employers may also turn to benefits such as paid time off, flexible work schedules, and training and advancement opportunities.