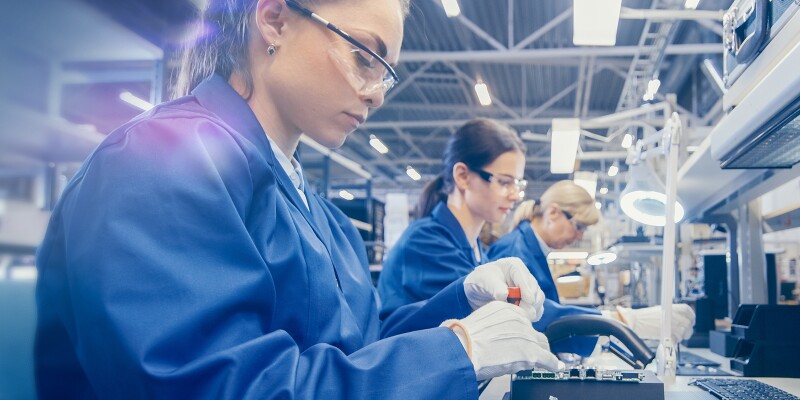 You've heard the story: A company adds gender diversity to its list of priorities. Everyone agrees it's a great idea—who wouldn't? In fact, all the managers report they don't really consider gender in hiring and promotion decisions; they're just looking for qualified candidates.

Yet, despite everyone's best intentions, they're dismayed to discover that year-over-year gender representation remains unbalanced, and female employees report feeling passed over once again. Why?

A new report from Influential Women in Manufacturing sheds some light on the issue. Although 82 percent of respondents, all from manufacturing organizations, said their companies have women in executive positions, only 48 percent considered their companies progressive in terms of gender diversity. Further, many female respondents noted their gender as a barrier to their career development.

Another barrier may be an insider culture. That culture may be what drives more women than men to seek professional development opportunities outside their workplaces. Many women cited the "old boys club" culture in manufacturing as a barrier, despite the presence of leadership or development programs, because individual managers were responsible for selecting who was chosen for those programs. That opens the door for inherent bias.

What can your organization do to level the playing field and overcome inherent bias? Many female respondents took advantage of mentoring and coaching programs, which may offer an equitable way to access professional development. Blind screening processes for new hires and even promotions may be effective, as can ensuring that social and networking aspects of the workplace culture are inclusive.

HS
About the Author
Hannah Sternberg