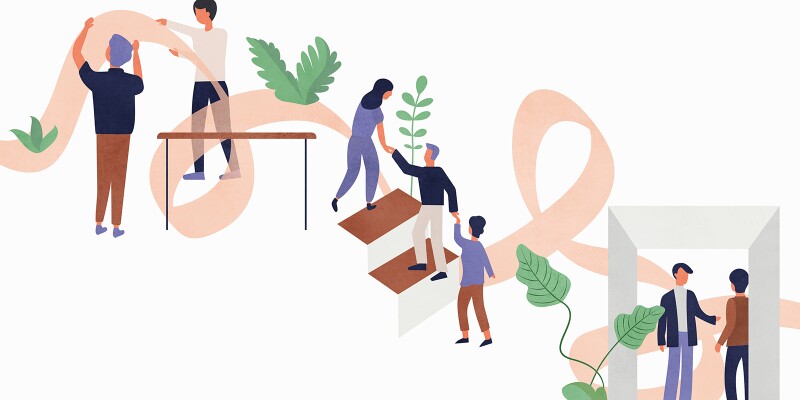 Neurodiversity Has a Place Throughout the Career Life Cycle

What resources and opportunities is your organization offering employees?

Nine out of 10 neurodivergent employees say they would be more likely to apply to or continue working for a company that supports neurodiversity, according to new data from literacy and assistive technology provider Texthelp. Unfortunately, Texthelp's research also uncovered that more than one-third of neurodivergent workers say they've experienced difficulty with recruitment or a lack of career progression.

The survey examined the current state of neurodiversity and inclusivity among US employers, with responses from 1,000 workers, half of whom identify as neurodivergent and half as neurotypical. Fifty-three percent of respondents also identify as dyslexic and 47 percent as autistic.

According to the report, one in five people is neurodivergent. The majority have experienced stigma or felt misunderstood during their careers, including more than half reporting they experienced communication barriers at work.

Although companies are making progress in fostering a culture that supports neurodiversity in the workplace, two-thirds of neurodivergent respondents believe their employer could do more to support neurodiversity.

In a recent industry paper, Workplace Inclusion: Building the Case for Neurodiversity and Creating Inclusive Experiences for All, Texthelp CEO Martin McKay and Jill Houghton, CEO and president of the nonprofit Disability: IN, advise companies on ways to embrace a neurodiverse workforce.

First, they note posting job openings on accessible platforms and, for online applications, suggest adding assistive technology via the organization's website. They also recommend using alternative interview approaches. For example, assign a real-world task instead of a traditional question-and-answer interview session. Where questions are necessary, review the phrasing, and remove complicated language or hypothetical situations.

Meanwhile, the talent development function can work with HR and frontline managers to deliver awareness training. "The greatest resource we have is our people, and our culture starts inside by cultivating a diverse range of perspectives," says Houghton.

Companies can also develop support networks for neurodivergent workers, such as dedicated employee resource groups. ERGs create a community space for staff to share their stories and experiences, and the groups can work with the organization's diversity and inclusion team to influence positive change.

"Neurodiversity should be an important element of any company's D&I strategy," McKay says. "By considering neurodiversity in inclusion practices, we can create a workplace where all workers can contribute and feel valued."