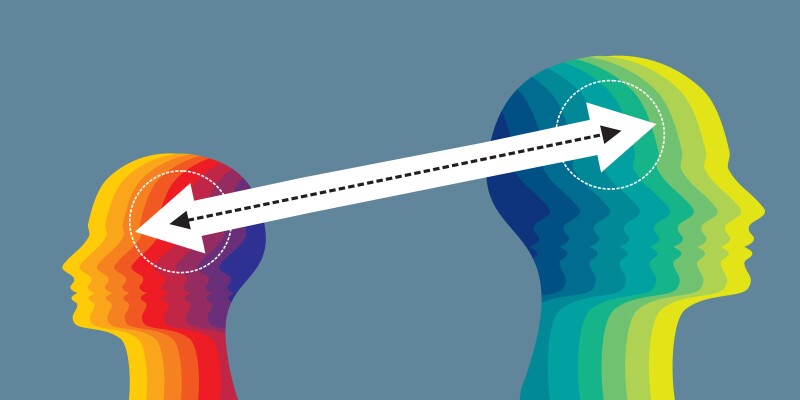 Whether training is your day-to-day function or you've engaged in training from time to time for various reasons, you've likely encountered one of the most common dilemmas trainers face: training learners with varying skill or knowledge levels. It makes sense that many trainers deal with this issue, because most of the time we are training people from various areas of the organization or with varying years of experience in a particular job or area. However, there is no shortage of resources that explore approaches for dealing with this issue—the most common being peer-based tactics.

Both trainers and learners feel the impact of having learners with varying skill levels. It tends to feel like a no-win situation. If a trainer teaches to the lowest skill level, participants with more-advanced skills are bored and, likely, frustrated. But if a trainer teaches to the highest skill level, the learners with less-advanced skills are overwhelmed and—again—likely frustrated. So why not split the difference and teach to the middle? Well, although compromise is often good, this is not one of those times. Splitting the difference in this case simply means you're boring your more-advanced participants and still teaching over your beginner-level participants' heads.

But why does this matter, you may ask. You're still imparting the information; it's up to participants to figure out how to connect with it, right? Wrong. Return on investment is critical—and because training efforts take employees out of their day-to-day duties, trainers must be able to show that they are spending employees' time valuably. Trainers can make that commitment by ensuring that learning takes place when employees attend a training program. If no learning is taking place, why would an organization use the valuable resource of staff time to engage in a training initiative that has no positive impact on the organization?

The most immediate and effective way for trainers to ensure learning occurs is to ground training tactics in what we know about how the adult brain learns.

There are countless articles, websites, blogs, and other resources that offer suggestions and methods for training participants of varying skill levels. In particular, the most common suggestion is to use some form of social or peer learning—what I'll call peer-based tactics—in which participants share insights with and learn from one another. Often, in the case of differentiated expertise, these activities include pairing a less-skilled or experienced participant with a participant of higher skill or experience. For example, say I were training participants in business writing. If I had a participant who was already knowledgeable about comma use, I may pair that participant with one who was not knowledgeable. Peer-based activities also can involve using peers as task or activity facilitators rather than knowledge providers.

Many trainers use peer-based tactics because they recognize the benefits of this approach. First, it builds community. Second, it offers a participant who may be struggling to connect to or grasp a concept the opportunity to have that concept explained by someone who may be more empathetic or like-minded than the trainer. And finally, teaching someone else a concept is the surest way for the participant who does get it to cement that learning. Those are all great reasons to use peer-based tactics. However, what they lack is grounding in understanding why they are effective in terms of ensuring that learning is taking place.

On the flip side, some trainers may be more reticent to use these methods. For one, it takes more time to engage in training preparation to think through the details of activities (especially if one does the necessary work of linking an activity to learning goals). But trainers also have expressed to me a popular reason for being hesitant about peer-based tactics, which is that they do not feel confident in the efficacy of such methods. If I teach my participants a concept, I know it's being taught correctly. But if I rely on my participants to teach it, how can I be sure that is the case?

An explanation of how the adult brain learns addresses both sides of this coin. It will elucidate why, for those who already use them, peer-based tactics are effective in ensuring learning occurs. And for those who do not prefer this approach, it will uncover why they should use it—especially if they (and their organizations) truly care that their participants are learning, thus, demonstrating ROI on training efforts.

The brain is comprised of 100 billion neurons (or brain cells). These cells contain nuclei, which make enzymes, proteins, and neurotransmitters—all of which are necessary for the brain's nerve cells to communicate with one another. Neurons have a single axon, which is a long tube that sends electrical impulses—called action potentials—to other cells. Neurons also have dendrites, which are more complicated structures (imagine little hands), that receive electrical impulses from the axon terminals of other neurons. A synapse is the specialized site at which that communication happens. According to James E. Zull's The Art of Changing the Brain, all of these things together form a neuronal network.

In "Brain-Based Learning and Student-Centrism on Curriculum," Ali Ozel and colleagues note that each stimulant coming from an environment increases the number of dendrites and, thus, the likelihood of a synaptic connection between the axon and dendrite. In other words, creating enriched environments increases the biochemical likelihood of the creation of a new neuronal network.

Let's move from the science of enriched environments to a metaphor to help drive this concept home. Robert Sylwester was an education professor at the University of Oregon focused on getting educators to easily understand the brain. He suggested that our brains are like a jazz quartet. If you're familiar with jazz, you know that the sound is constructed in a way that is random, arbitrary—some may even call it discordant. But these discordant sounds come together to produce a congruent sound.

Similarly, the brain needs enriched environments to learn, because it processes things in a multimodal fashion. In a jazz quartet, many layers come together to produce one congruent sound. Likewise, when learning, our brain produces a more congruent image when presented with stimuli from many different avenues. Things like pictures, charts, sounds, smells, vivid images, stories, colors, music, and poetry are all examples of multimodal stimuli that help create enriched environments.

Creating an enriched environment also increases the likelihood that you will connect with a higher percentage of your learners' prior experiences. If I tell a story that doesn't necessarily connect with a learner, but then I also show an image that does, then I've made a connection where I may not have with just the story.

Peer-based activities help create enriched environments. Rather than learners only relying on instruction from a trainer, engaging with peers through activities, such as peer teaching and pair-and-share, adds a layer to the concept the trainer is teaching. That helps learners produce a more robust and congruent understanding of the concept. So, trainers should not conceive of peer-based tactics as mutually exclusive from (or, worse, antithetical to) what they are doing but rather adding a layer to help create an enriched environment. Your participants are more likely to learn.

I would then ask my participants to craft five example sentences in both active and passive voice that they may see or use in their own professional roles to suggest distinct meanings. Finally, I'd ask each pair to share their sentences with the larger group and instruct the group to reflect on these examples by noting the differences in inferred meaning among the actively and passively written sentences.

I'm not suggesting this particular activity is groundbreaking—many trainers use similar methods. But people may employ them mainly because they inherently understand the benefits of active learning. And, as mentioned before, some trainers may be reticent to use these kinds of methods due to concerns about prep time to craft the activities or concerns that participants are not reliable sources of learning for one another.

What is intriguing here is the assertion that once we understand how the adult brain learns, if we as trainers legitimately care that learning is taking place, it behooves us to use peer-based tactics, because the science makes it clear that this is an effective way to create an enriched environment, which is critical for learning to take place. And when learning is taking place, that means we are delivering a solid ROI on our training efforts.

The function of the brain's limbic system and prefrontal cortex illustrate an essential relationship between social connection and learning. As Kathleen Taylor and Catherine Marienau explain in Facilitating Learning With the Adult Brain in Mind, the limbic system is not technically a single system; it is a group of structures related by their location and functions. Because of that, the limbic system's function is complicated (and has been debated by scientists over the decades).

For now, it's enough to know that the limbic system regulates people's behavior, most important for this context, with regard to emotion and the ways in which people maintain connections with others. The relationship between social connections and the brain is an important one and one not to be overstated. In fact, Matthew Lieberman asserts in Social: Why Our Brains Are Wired to Connect that the brain's primary purpose is social thinking. So where does learning come in? Taylor and Marienau reveal that one of the ways in which people bond with others is through the process of interpreting what someone else is thinking or feeling.

Lieberman not only asserts that the brain's main purpose is social-bound, but he also notes this has been the case for tens of millions of years. Looking back over the millennia, Taylor and Marienau explain that the growth of more and more complex social groups among humans led to the co-development of three cognitive abilities in the prefrontal cortex: "social intelligence (understanding and using one's connection to others), environmental intelligence (figuring out how things work), and language (sharing and exchanging with others what one knows, thinks, and feels)."

This suggests that the learning process developed not only in tandem with but likely because of social connections and developed as a social enterprise. One of the ways in which our brains figure things out is by doing so in connection to others.

About the Author
Allison Friederichs

Allison Friederichs, PhD, serves as the Associate dean for academic affairs and an assistant teaching professor at the University of Denver’s college of professional and continuing studies, University College. She has taught communication courses for 19 years, has earned University College’s Master Teacher designation for continued professional development, and works as a curriculum design consultant. Friederichs engages in research and public speaking in the area of what we know about how the adult brain learns, and the implications of that knowledge on teaching and curriculum development.

In addition to her role in academia, Friederichs is a communication consultant, providing training across sectors from government to small businesses in areas such as how the adult brain learns for trainers, communication skills, and business writing. She is a member of the Women’s Leadership Council of the University of Denver, and she serves her community by serving on the board of directors for Freedom Services Dogs of America.