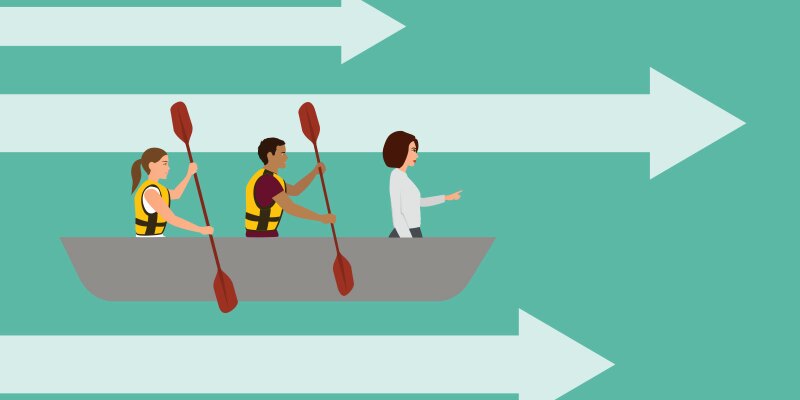 Use power without malice to influence people and get things done.

<p>When focusing on power in relationships, especially in organizational life, the perspective tends to be on hierarchical power (that's to say, who outranks whom). However, as organizational life has become more complex and global—and more networked than structurally intact—the hierarchical view of power needs to be rethought. With these new configurations, hierarchy may not have a role to play, especially if the organization is a loose conglomeration of players (such as the case with companies like AirBnB and Uber).

In a sense, the wielding of power now requires the cooperation of players who may not even report to the supposed hierarchical leader. According to Jeffrey Pfeffer in Understanding Power in Organizations, expertise and experience can be accumulated outside the organization, enabling direct reports to often have more knowledge than the boss.

Status no longer drives power. Instead, power has evolved into the ability to influence. These influencers may not be direct supervisors, but rather mentors, team leaders, or informal leaders. However, the strength of their power rests in the natural inclination of people to follow them. This behavioral choice of followers can be traced to several attributes that influencers possess, as indicated by Michael A. Hogg in Leadership and Power: Identity Processes in Groups and Organizations:

As an influencer, a manager needs to understand the power available to her and how to maximize its impact. This should be a natural process in planning how to use influence in a positive, constructive manner.

Determine the goals. What will you achieve as a result of this interaction? As an influencer, you are aware that the implementation of your project will require you to move off your own power base. You will have to engage others within the organization, with whom you may not share common objectives, and enable them to interact with you.

Determine patterns of dependence and interdependence. The project's success will require you to deploy resources. Some will be directly under your control, but additional resources will need to come from others—but who are these others?

This step requires that you be clear about the resources needed to reach completion. The discussion of resources often sets the tone for the previous step because you will be asking for resources when you begin to engage others.

Assess your potential allies. What will be the likely contributions of those you need to influence? Will their perspectives be positive, negative, neutral, or pressing or counter to their own obligations?

Assess the basis of power of the others. If you must influence someone in a position of higher authority, you may need to choose strategies of influence different from those that you would use toward someone whom you outrank.

In these instances, the methods must come from outside the hierarchical power grid. Using personal charisma is one such strategy, and it can also be linked to referent power. If you—the influencer—know that the organization appreciates you for personal qualities, you can use this advantage as a power tactic. Additionally, some people argue that you need to act first and ask for forgiveness later. Another strategy would be to pull in outside experts to add gravitas to your thinking.

Determine your tactics. For each individual whom you need to influence, determine which tactics you will need to employ. In addition to the strategies mentioned above, logical persuasion or offering increased prestige or improved image within the company can be effective.

Create a plan. Pfeffer recommends that you write down a plan that delineates what resources you need from each other and what tactics you will be using with that person (see sidebar for power tactics).

Regardless of the methods you choose, the benefit of making a plan is that power and its wielding can be brought to bear on organizational issues in a planned, positive, and nonexploitive way.

Imagine that a hypothetical character, Susan, is a middle manager in the IT department with both expertise and charisma. The organization chooses Susan to lead the team's installment of a new sales management system (SMS). This system will affect many departments—sales, marketing, customer service, logistics, operations, and billing. For this reason, the team will have representatives from each of these departments at various levels of the company. Susan begins the process of implementing the new system with her power analysis.

Angela is a subordinate and is pleased to have been chosen for a new challenge. Susan plans to work with her behind the scenes in developing Angela's knowledge and skill in change management, using a power tactic known as developing others.

Bill, a peer of Susan's but Angela's boss, requires a power tactic that creates a resource coalition. Susan will meet with Bill and use him as an ex officio member of the team to provide the billing management perspective as to how the new system may affect his role in the organization.

Tony is the most difficult, because he outranks Susan and is hostile to the new SMS. Susan feels that charisma and proactivity, both of which would be useful tactics with superiors, won't work here because he is not her direct superior. However, the use of outside experts would likely work, especially if he respects them. Through a family connection, she arranges for Tony to go to lunch with a highly touted sales manager from an outside organization in hopes that he would network with Tony and provide evidence of the value of the new SMS. Susan also asks Tony to lead the portion of implementation that will directly affect customers, because this will raise his profile with the entire change effort.

While most managers are unlikely to think through which power tactics they will be using in any given interaction, developing—and subsequently implementing—power tactics leads to far more positive interactions within organizations. In this case, Susan has chosen a specific method that gives her the best chance of influencing the critical stakeholders: Bill, Tony, and Angela.

The Four Categories of Power Tactics

The controlling category is the most traditional. These tactics directly influence activities, meetings, discussions, decisions, and so forth. One example is controlling the agenda. Exclusions from agendas can determine the outcomes of interactions just as much as inclusions. Brinkmanship (pushing events to near conflict) is another avenue for limiting the choices of others. Within this context, decision making means determining the outcome of decisions by selecting the criteria that will be used. These are all instances of controlling consequences by manipulating or excluding choices.

Managing people focuses on using existing relationships with others to increase power. Building coalitions, co-opting the competition, developing others, and using surrogates exemplify this category. All these are strategic decisions to create cohorts that will support the power player in the organization.

Personal attributes include tactics that reflect the personality, temperament, or perspective of the person wielding the power. In this category, players may use ambiguity to create confusion. Many people using personal attributes methods would rely on their own charisma to influence others. Another tactic that falls under this category would be the results obtained after carefully building an image within the organization. This image could then be used to influence others.

The final category is organizational referencing, by which the influencer uses the prevailing customs within the organization to exercise power. As an example, the influencer can access hierarchical power to legitimize control of a situation. Using the processes in the organization as they exist would also include selectively allocating resources so that supporters of the power player receive more than detractors. Ritualism, which is an effort to institutionalize what the power player values, is another example of this. The influencer employing this tactic may establish contests and other rewards whose criteria for gain favors her followers.

Julia R. Galosy is a lecturer at the Management Center University of Innsbruck, Austria, and GlobalNxt University, Kuala Lumpur, Malaysia.