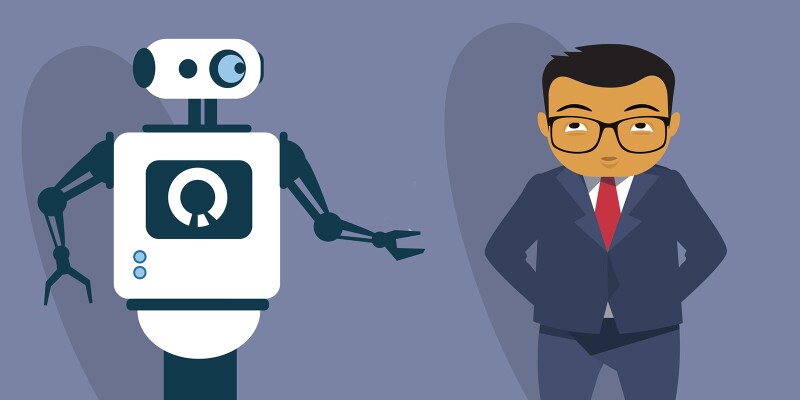 Workers' opinions about the impact of robotics and automation on their jobs are mixed.

Humans have a unique ability to hold two seemingly clashing opinions about certain topics at the same time. For example, we like and eat junk food but know it can be unhealthy for us. Employees seem to have a similar attitude toward the adoption of emerging technologies such as robotics, automation, and artificial intelligence in the workplace.

According to MindEdge and Skye Learning's third annual Future of Work Study, Preparing for Robot Colleagues: A New Decade of Robomageddon, 76 percent of employees surveyed feel that advanced technologies make their work easier—but 55 percent don't agree with the claim that robots are better at doing that work than they are. In fact, 57 percent of workers believe that "robots and automation are bad for American workers."

Still, just one-quarter of respondents said they fear advanced technology will end up stealing their jobs in 2020, and slightly more than that (29 percent) are worried that it may happen in the next five years.

Benefits that workers stated about robotics and automation include the positive impact both have had on office morale and how they can save employees' time, enabling them to pursue more interesting work. But they also think that technology has already taken over part of their jobs, and they are mixed on whether these technologies will create more jobs than it displaces.

Those inconsistent views are explainable and present an opportunity for talent development professionals. As Chad Udell and Gary Woodill write in their 2019 book Shock of the New, "The widespread acceptance of technological realities is bound to give a bit of an identity crisis to those who have been able to chart their own paths and create protected spaces inside their businesses."

To ensure the continued well-being and engagement of their workforce, organizations need to grapple with the feelings workers may have toward the advanced technologies that are increasingly viewed as essential to business success. That may suggest a greater importance of change management programs in organizations considering introducing advanced technology. What steps are you taking to communicate the effect these technologies will have on workers and their future?

About the Author
Jack Harlow

I'm a developmental editor at ATD Press, working primarily with books. I joined the ATD team in December 2014. I review manuscripts and team up with authors to produce well-written and well-developed books. Before ATD, I worked as a jack-of-all-trades editor for a small editing and design firm in DC. with a focus on economic and development reports. I have a master's in publishing from George Washington University.