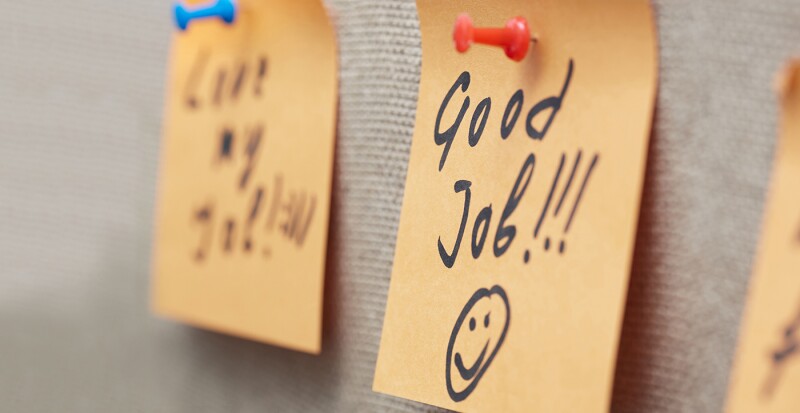 Such reductions may save a few dollars in the short term, but what are the long-term costs?

The researchers found that skimping on recognition is not without consequence. And it isn't only morale that takes a hit. At organizations that cut back recognition programs, workers reported increased mental exhaustion and decreased engagement. Some considered leaving the company.

According to the report, recognition programs are critical during times of change and transition to help "employees feel seen, valued, and connected." Employers that maintained their programs during the pandemic saw an uptick in engagement, innovation, and performance even surpassing pre-pandemic numbers.

The report also reveals that ongoing recognition during this unprecedented disruption positively influenced employees' perception of it. Employees who were recognized one week before responding to the survey were nearly 70 percent more likely to feel that their company puts people over profits and cares about their well-being.

It's not enough to create a program; companies need to keep it fresh and tie it to organizational values. The researchers found that stale, impersonal recognition programs supported by outdated technology can lead to workers feeling underappreciated. The report notes that "virtual teams, decentralized work, and new technology integration require equally progressive approaches to recognition."

While recognition programs can foster connections between employees and the organization, the report warns that inconsistent, random recognition that only celebrates a select group of employees will fail to make a long-term impact. Rather, to succeed, companies need to strategically weave the program into organizational culture and evolve it as situations change.