Spanning the Years of Mobile Learning

In 2013, ASTD turns 70 years old. Twelve charter members, back in 1943, formed this not-for-profit association that now has tens of thousands of members in more than 100 countries. During the next 12 months in this column, I will reflect on the changes in the profession and association over the years. It is only fitting that I start by examining the advent of mobile learning, which is commonplace in today's high-tech world.
Advertisement

The word "mobile" has had several definitions in the training world, but what hasn't changed is the reason for mobile learning: to bring training to the workers. The photos below show the simple definition of mobile learning in the early 1950s. Training natural gas and electrical workers was paramount in 1952, but so was saving man-hours. A 1940 Twin Coach passenger bus with one row of single seats and one row of double seats was equipped with training materials such as easels, paper, pencils, chalk, and a movie projector.

In 2013, the need to bring training to workers is still important, but technology has made that task easier. Mobile learning, as it is known today, is evolving as the technology matures. As you will read in the cover article, designing mobile learning can take on many forms of simplicity but the pace of change—at lightning speed—is causing some heart palpitations among learning professionals. As Chris Pirie wrote in last month's feature article, "It is an exciting time. ... Learning and development professionals must start reacting now."

Although technology has increased knowledge exchange and the way organizations connect to their customers, the speed at which technology has changed has forced learning professionals to quickly gain skills in how to effectively design and deliver training to mobile devices. Wouldn't it be easier to be on that bus delivering training through videos, job aids, and face-to-face discussions? 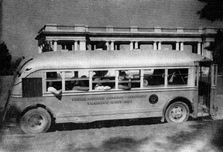 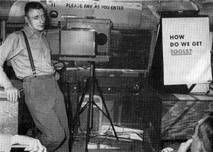 About the Author
Paula Ketter