Taking Learning to the Top 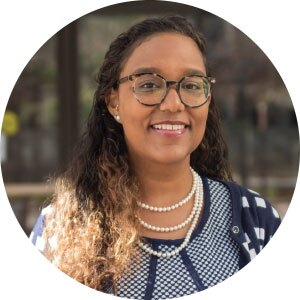 After starting her career in education, Alexis Anderson made a major shift in 2014. She became a legislative assistant for the U.S. House of Representatives but has since moved to the U.S. Senate. For nearly two years, she has worked as support staff to the Senate personal, committee, and leadership offices through the Office of Training and Development. Her work focuses on training programs on writing and communication.

What are the biggest learning-related challenges in the Senate?

The U.S. Senate is made up of 100 different senators who each run their office according to their preference. It is 100 small businesses with 100 different agendas. It becomes a puzzle to design a general training program that meets the majority of the population when the rules are different from door to door. I have learned to preface each of my training sessions with "But if the senator says otherwise, please follow your office writing rules."

The second challenge is that, as support staff, I don't have the authority to mandate training, no matter how valuable I think it may be.

How does training of government officials differ from training in the private sector?

Their dedication to government work extends to every aspect of their job, including training and development. Because their job is so focused on developing policy, building bridges, and communicating messages to the masses, they are always eager to take part in whatever they can to be more effective in their roles.

The flip side of this coin is that senators (and their staffs) are responsible for developing decisions that affect millions of people. Hearings happen, protests happen, early-morning and late-night votes happen— work happens. Priorities are constantly shifting for an office based on events in their political party, their state, our country, or the world. Since the Senate touches it all, training and development can either become sidelined or thrust into the forefront.

How do you see L&D in the Senate changing during the next few years?

Learning is continuing to go digital. I am spending much more of my time thoughtfully developing webinars for Senate staff located in the state offices. Having custom webinars available so that all staff receive training in their own time alleviates one of the challenges of time and urgency on Capitol Hill.

I also see traditional training being expanded. For instance, it is important to work with press teams and discuss the types of writings that are delivered orally. However, it is also just as important to have facilitated conversations around social media posts. What message is conveyed when using Instagram versus Facebook versus Twitter? How do we deal with character count, Internet language, and punctuation? Social media is here to stay, and to keep up with it, the writing must change and adapt.