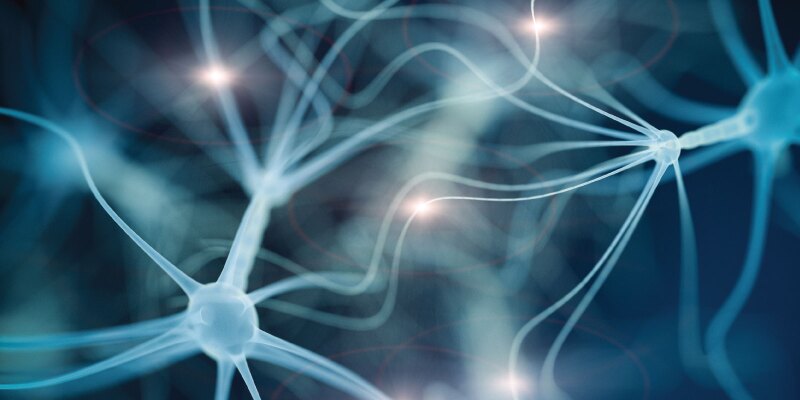 Instructional designers can lean on the scientifically proven methods of retrieval practice, interleaving, and spacing to improve long-term retention.

It's not unusual for even the most conscientious professionals to do things without questioning them, whether it's taking shortcuts to finish a weekly report on time, following a silly company policy that the CEO loves, or boosting learner assessment scores without considering whether they measure anything useful. However, while doing your job without thinking critically about it can often yield short-term results, that approach will often hurt you over the long term.

That's especially true when it comes to learning design.

Peter C. Brown, Henry L. Roediger III, and Mark A. McDaniel, authors of Make It Stick: The Science of Successful Learning, explain that many common instructional design practices—such as mass practice and rereading—don't contribute to learning. They don't provide strong retention, even if they lead to higher test scores immediately after instruction. During evaluation, they tend to create impressive results on Levels 1 and 2 of the Kirkpatrick model (satisfaction and learning), but not on Levels 3 and 4 (behavior change and business impact), the ones that should matter most to talent development practitioners.

Other learning practices, though, can produce long-term positive effects when it comes to Levels 3 and 4. Although they might not deliver perfect test scores on the day of instruction, methods such as retrieval practice, spacing, and interleaving are much more effective than their traditional peers for weeks, months, and even years after a training course is delivered. In fact, The Science of Learning: Key Strategies for Designing and Delivering Training, a report from ATD Research, found that most talent development professionals who have had conversations about the science of learning within their organizations believe or can prove that each of these methods can lead to better learning outcomes.

Retrieval practice involves having people work on recalling memories to make them easier to retrieve when needed. Considering that, at its core, learning is really just transferring short-term memories into long-term memories, retrieval practice can help learners enhance, reorganize, and strengthen their memories.

Why. Ultimately, retrieval practice works because it forces learners to recall information to which they've already been introduced. As the authors of Make It Stick explain, "We've long known that the act of retrieving knowledge from memory has the effect of making that knowledge easier to call up again in the future." They go on to say, "Repeated recall appears to help memory consolidate into a cohesive representation in the brain and to strengthen and multiply neural routes by which the knowledge can later be retrieved."

When instructional designers incorporate retrieval practice into their projects, they see better learning and business outcomes. According to The Science of Learning, 88 percent of talent development professionals who have had conversations around the science of learning at their organizations said retrieval practice was associated with better learning and business outcomes, although more than half didn't have measurable results to support their claims.

Challenges. Instead of using retrieval practice, many learners may simply reread class material to memorize something. That may create an impression that they have learned the material, but rereading material is no match for retrieval practice.

Having learners repeat a challenge or task over and over until they memorize how to get it right, a technique known as mass practice, is also frequently seen in training, but it, too, pales in comparison to retrieval practice. Indeed, the authors of Make It Stick detail an experiment in which they compared the difference in test scores for sixth-grade students when they received retrieval practice via short quizzes and when they did not. The authors discovered that "the kids scored a full grade level higher on the material that had been quizzed than on the material that had not been quizzed."

The onus of responsibility for retrieval practice often seems to fall on the learner, which can make it appear challenging for instructional designers to implement. For example, it's easy to say it's the learners' responsibility to study and self-quiz over time to see if they have learned the material. However, instructional designers can quite easily make this teaching strategy part of a learning experience.

Implementation. Researchers have found that incorporating short quizzes into a lesson or training session can contribute to long-term retention. When compared with massed practice and simple rereading of course material, those who use retrieval practice—including flash cards or self-quizzing—are more likely to remember material for a longer duration.

Interleaving involves spending some time learning one topic, pausing to concentrate on learning a second topic, then returning to the first topic before possibly starting to learn a third topic.

A study by Doug Rohrer and Kelli Taylor published in Instructional Science in 2007 provides a good example of this. In the study, learners were separated into groups, one that practiced interleaving and one that used massed practice. Those in the interleaving condition were taught how to solve four different types of problems and then practiced each of the four problems. However, they never practiced the same type of problem twice in a row until after they had solved four of each type of problem. This group performed three times better than those who had learned with a massed practice approach.

Challenges. One of the main reasons practitioners don't employ interleaving is the time it takes to switch back and forth between topics. Becky Pike Pluth, president and CEO of Bob Pike Group, explains that although using interleaving during training may require a bit more effort, "it's going to save companies a ton of time and money because they aren't going to have to repeat that learning."

Implementation. Interleaving is one of the more difficult strategies to implement into training, but it's certainly not impossible.

What can instructional designers do to design training with interleaving in mind? Pike Pluth suggests chunking learning into short segments—five, 10, or 15 minutes—and switching between several topics. If participants will be tested on what they learn, research shows that giving practice tests or questions that switch between topics is best.

Put simply, spacing is a strategy where an instructional designer breaks practice up into many short sessions over a long period of time. As Sean Kang wrote in 2016 for Policy Insights From the Behavioral and Brain Sciences, "In short, spaced practice can improve students' memory for essential facts and concepts, which in turn facilitates more complex learning and problem solving."

Why. According to Ben Locwin, former global head of R&D learning at Biogen and president of Healthcare Science Advisors, "Frequent breaks and retouch with the material can be very helpful for consolidating memory formation and improving recall ability." Giving learners the opportunity to take breaks from the material and then bringing them back to it ultimately will help with their learning.

Challenges. Much like interleaving, spacing requires time. And as often occurs with interleaving, efforts to save time by designing learning with mass practice instead of spacing often exchange short-term test results for long-term retention.

As an example, let's consider "Maintenance of Knowledge: Questions About Memory We Forgot to Ask," a 1979 study by Harry Bahrick published in the Journal of Experimental Psychology. In this early study on spacing, researchers compared learners in three groups: one with content delivered in back-to-back sessions, another with content delivered in sessions that took place every other day, and another with sessions that took place every 30 days.

Implementation. Academics and practitioners alike both advise against massed practice in favor of spacing. For example, Kang explains, "Incorporating spaced practice into education can be a cost-effective approach—learning becomes more durable in the same amount of time (relative to massed practice), and this can lead to future savings because less time needs to be spent on relearning content that has been forgotten, leaving more time for other productive learning activities (e.g., higher order analysis, application of knowledge)."

To implement spacing into your design, first consider how long you want the learner to retain the information. The general rule of thumb, according to "Spacing Effects in Learning: A Temporal Ridgeline of Optimal Retention," a 2008 study by Nicholas Cepeda and his colleagues for Psychological Science, is that the lag time between learning sessions is best when it's about 10-20 percent of the desired length of retention. So, if the goal is for learners to retain what they've learned for one year, learning sessions should occur one to two months apart.

Taken together, these three teaching strategies contribute to long-term retention and learning. Although interleaving, retrieval practice, and spacing may require a bit more time and effort to implement, the effects will make the investment worthwhile by reducing the resources spent on training over time.

About the Author
Megan Cole

She received bachelor’s and master’s degrees from the University of Central Florida and earned a doctorate in communication from Arizona State University.

Elizabeth Pereira
July 16, 2020 11:21 AM
Thank you. This is great input!
Sorry! Something went wrong on our end. Please try again later.