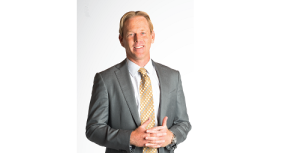 One of the leading thought leaders on emotional intelligence, Travis Bradberry is co-author of the bestselling Emotional Intelligence 2.0. His company, TalentSmart, provides emotional intelligence assessments, training, and coaching, and has served more than 75 percent of Fortune 500 companies. Bradberry also is a corporate speaker whose clients have included Intel, Coca-Cola, Microsoft, and Wells Fargo.

I became interested in emotional intelligence as an undergrad learning about the seminal research that was conducted at Yale. It was a topic that I just thought made a lot of sense. It's the kind of thing that we aren't taught in school, yet our brains are wired such that emotional intelligence is an absolutely necessary skill to succeed in the workplace and in life. Our brains are hardwired to give emotions the upper hand. We have an emotional reaction to events before we're able to think rationally about them. People who are able to understand their emotions and respond to them with insight and reason are much more effective at work.

That stuck with me all the way through grad school when I started doing my own research in the area. I have a dual doctorate in clinical and industrial-organizational psychology, and emotional intelligence melds the two fields really well. There is such a big need for it in the workplace that I decided to build my career around it.

So you've been interested in it for a while, but why is it so hot now? Is it because of the fast-paced world in which we live or is it just now that people are realizing it's critical to how we operate and is so fundamental?

It sounds from what you said about how the brain operates and how we are hardwired that this is something that is found across the world. But are there nuances in emotional intelligence in different cultures?

Sure. There are certainly cultural components in how behavior is expressed and how people respond to their emotions. We did a really interesting study where we had two comparison groups. One group consisted of U.S. managers taking our emotional intelligence appraisal test in English. We gave the same test to Chinese managers in mainland China. The stereotype is that Chinese managers have more discipline and are higher in skills such as self-management. But, in analyzing their score profiles, we found that it was the social side of emotional intelligence where the Chinese managers scored higher than U.S. managers.

There is a cultural component working here. In China, people spend much more time interacting outside of work than they do in the United States and it has an impact on managers' social skills.

How do you convince leaders to disconnect from the ingrained habits of our culture as a whole—always being on—which also often brings about a lack of sleep? I know that's one of the things that you write about. And how do leaders model that behavior for their team?

The way I get leaders to do that is by teaching them how their behavior is holding them back. You can actually be more productive by working less. You're more productive and healthier when you take breaks and have stress management techniques that allow you to unplug, disconnect from your work, and give yourself time to recharge. So it's really about helping people see how significant the positive benefits are and also how extreme the negatives are for your health when you don't give yourself proper breaks from work. That usually does the trick.

How can managers help to grow and develop emotional intelligence in their teams?

It's also critical to educate people on the importance of emotional intelligence and how necessary the skill is. It's something that we don't learn in school, so we're typically not very good at it. At my company, we've measured well over a million people now. We find that just 36 percent of people are able to accurately identify their emotions as they happen. So my advice to managers is to give people that education. Tell them, "We're all going to test our emotional intelligence. No one is going to see your score; this is just for you. This is so you know what you can work on and what you can do to improve."

What might people find as a result of these assessments?

There are a few things. There are four components to the emotional intelligence model: self-awareness, self-management, social awareness, and relationship management. Someone who scores really low in self-awareness may discover that they have a difficult time managing their emotions because they don't even recognize when they're bottling up. So they don't spot their emotions until it's too late and they are already in the throes of an emotional hijacking and can't respond effectively. That person needs to catch their emotions earlier.

Another person may be quite skilled at that, but they may not be skilled at responding to the emotions of other people. They might be low in social awareness, so they have trouble picking up on nuanced conversations, nonverbal cues, things that people are trying to communicate to them. Once you have that information, it's really useful to know what to do with it.

People really like to be told what to do. This is something I first heard early in my career going to the ATD conferences: Tell them what to do. That's something that's really become ingrained in how our company operates. It's the whole idea behind the book. It says, OK, here's your score profile and here's what's dragging you down. Now here's the action you need to take. I think that's really important when you're teaching people—if you're going to assess them, you don't just open up that weakness; you give them an immediate course of action or path to follow.

Outside of your busy work life, what do you enjoy for relaxation and resting?

I think it's really important to have a passion. Like a lot of people with families, my family is very important to me. At the same time, I think it's critical to have something that is just for you—that you're very passionate about, that you use as a release.

For me, it's surfing. I live in San Diego by the beach and I try to get out in the water as much as I can because it allows me to completely disconnect from work. It's exercise, so it's healthy in that regard. But also it's something that I'm really passionate about. I think those moments where you are able to just completely immerse yourself in something that is not work related, not stressful, and really enjoyable—those moments are really good for you.