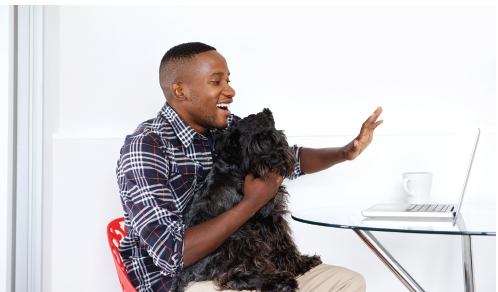 The dos and don'ts of virtual interviews.

Hiring managers have seen it all—and with the advent of video interviews, that becomes even more literal. Applicants have eaten breakfast during an interview. Interviewees have shown off their pets. A couple has argued while the interviewee was answering questions.

All of these mishaps have occurred during real interviews, according to a Robert Half survey. More than 600 senior managers were asked about the wildest things they've seen from