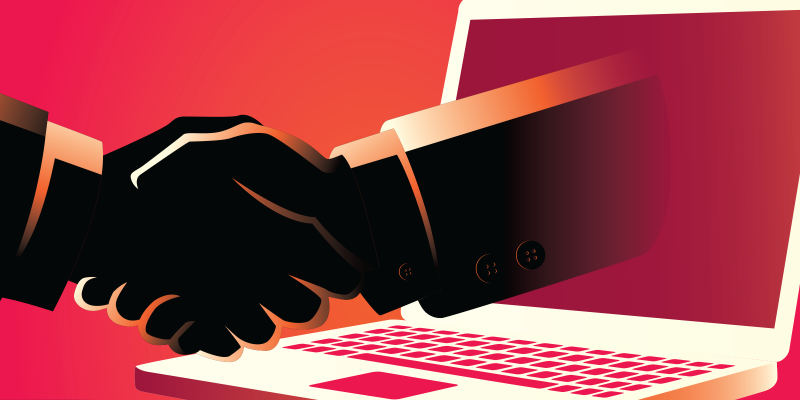 Virtual Employees Are Getting a Warm Welcome

The future of work may not involve a permanent workplace, according to a recent online survey commissioned by Upwork. The survey, of about 1,000 workforce hiring decision makers across a variety of industries, found that remote work is increasingly common. Most respondents—63 percent—have remote workers, and they were five times more likely to expect more people to work remotely in the next 10 years than the hiring managers surveyed in a similar Upwork study three years ago.

The survey uncovered several reasons for the move to a more flexible workforce, including increased globalization and a greater interest among workers. However, the most common was a talent shortage: Fifty-two percent of respondents said that a need for the right employees has prompted them to hire remote workers. Hiring managers were also twice as likely than they were three years ago to say that the right skills are more important than working in the same place as the rest of the team.

It has gotten easier to hire remote workers too, possibly due to an attitude shift among company leaders. More than half (53 percent) of hiring managers said that their companies are embracing more flexible teams, compared with three years ago. Further, almost three-quarters of respondents said remote workers are more educated than on-site workers, and 70 percent said they're more skilled.

Organizations have begun to embrace remote workers as well: Nearly two-thirds of respondents (64 percent) said their companies have resources and processes in place to support a remote workforce. However, many (57 percent) still lack official work-from-home policies, according to the survey.

Talent development departments would do well to establish these policies because the remote workforce will likely continue to grow. Survey respondents said that in the future, 38 percent of full-time or permanent employees will mostly work remotely. Additionally, today's hiring managers were three times as likely than those from Upwork's previous survey to agree that offices will be "temporary anchor points rather than daily travel destinations."

CC
About the Author
Caroline Coppel

Caroline Coppel is the senior associate editor for ATD Press.