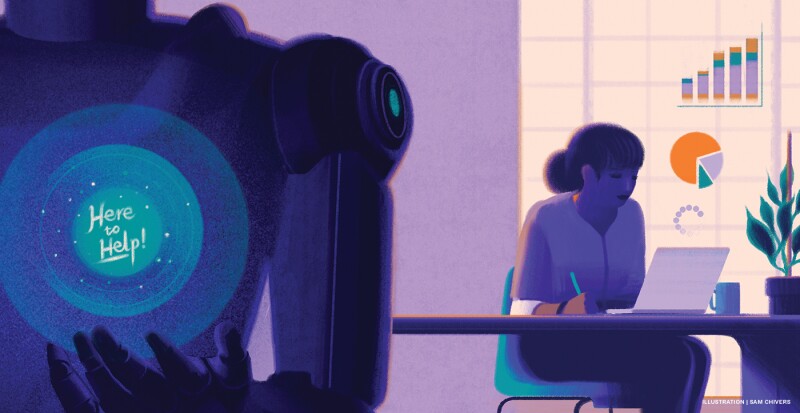 Workers Are Willing to Reskill for Job Security

A round the world, the COVID-19 pandemic has led to employment shock-waves and added to fears of widespread job automation in the future. According to Boston Consulting Group and The Network's Decoding Global Reskilling and Career Paths report, 41 percent of workers worldwide are worried about automation now more so than before the pandemic. Perceptions of technology taking over jobs increased the most in parts of Asia.

However, those concerns have spurred workers' interest in reskilling and lifelong learning. According to the report, which surveyed 209,000 people in 190 countries, 68 percent of workers would consider retraining under any circumstances and 28 percent would if necessary. Only 4 percent do not want retraining.

Workers in North America and those in the Europe and Central Asia region are less eager to retrain than the global average. Only 43 percent of workers in the Netherlands, half of US workers, and slightly more than half of those in the UK are willing.

Conversely, individuals from Sub-Saharan African countries are eager to learn new skills. In the Democratic Republic of Congo, Cameroon, and the Ivory Coast, only about 10 percent of their workforce don't want to reskill for a new role.

Willingness likewise varies by age, education level, and job role. Those with a high school diploma or a bachelor's degree and those early in their careers are more open to changing roles. Further, people in jobs that are at high risk of automation and were scaled back as a result of layoffs and reduced hours during the pandemic intuitively understand the need to retrain.

The majority of workers in vulnerable job roles such as customer service, sales, and administration and secretarial see value in learning new skills and moving into fields that seem less risky. In contrast, those in IT, health and medicine, and law feel less pressure to retrain, though half are still open to it.

The report suggests several approaches organizations can take to future-proof their workforces. On the talent acquisition front, employers should remain open-minded to job candidates with nontraditional career paths. In addition, they can prioritize building a learning organization, empowering workers to own their development, and supporting them with self-driven, on-the-job learning opportunities.

About the Author
Jack Harlow

I'm a developmental editor at ATD Press, working primarily with books. I joined the ATD team in December 2014. I review manuscripts and team up with authors to produce well-written and well-developed books. Before ATD, I worked as a jack-of-all-trades editor for a small editing and design firm in DC. with a focus on economic and development reports. I have a master's in publishing from George Washington University.