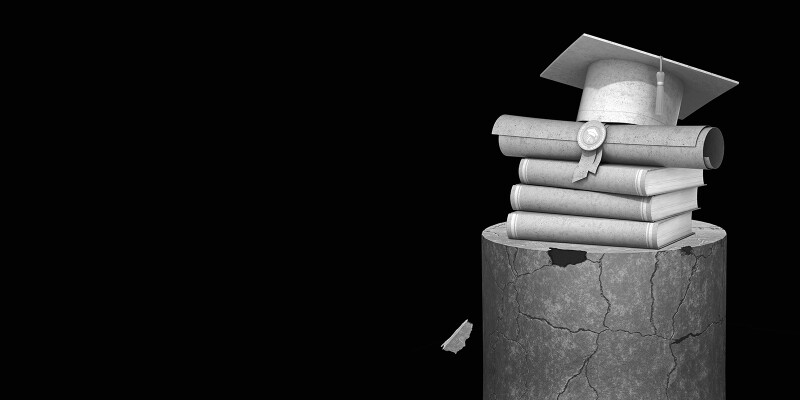 When 2020 ushered in a need for workers to refresh their skills and that need transcended position or industry, Strada Education Network researchers became curious about the role education would play in US workers' go-forward plans. Researchers collected more than 25,000 responses for the Public Viewpoint: COVID-19 Work and Education Survey. The study's key findings highlight a shift not only in the public perception of education but also in workers' preferred path to attaining new skills.

Confidence in the previously prevailing belief that education translates to success is waning. In comparing findings from 2019, Strada researchers discovered that significantly fewer Americans believe that education will help them land a good job. How significant? Among adults age 24 to 44, confidence has dropped by half.

At the same time, as that confidence has decreased, researchers observed an uptick in individuals' interest in less-traditional credential paths. The survey asked adults age 18 and older what type of training or education they would pursue if they were to enroll in the next six months, and nondegreed programs significantly outshined traditional credentialing paths. The majority of respondents said they'd look to skills training or nondegree credential options to meet their educational needs.

During a webinar in which researchers presented their findings, Andrew R. Hanson, director of research at Strada Center for Education Consumer Insights, suggested that the reasons behind the decline in confidence for traditional education, particularly in the age 18 and older group, could include workers' firsthand experiences with two recessions and sluggish wage growth. Moreover, he said many of the stories on education that make the news often center on debt and underemployment.

Hanson also noted that the increased popularity of nontraditional credentialing programs could be a customer experience issue. Certificates, certifications, badges, licenses, and other nondegree credentialing paths offer learners a more targeted, personalized experience, he explained. According to Hanson, Americans have become accustomed to customizable goods and services, and they are wanting that same experience in education.