An engaged employee brings positivity to a business or agency. She can be the driving force behind positive change; he's often enthusiastic about his work and the goal of his employer. However, in the public sector, not everyone is engaged. According to State of Local and State Government Workers' Engagement in the U.S., a report by Gallup, 71 percent of state and local government employees do not feel engaged at work. 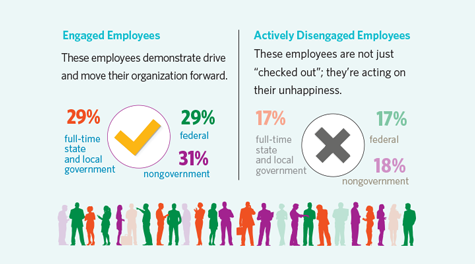 The Gallup report also found that certain states are