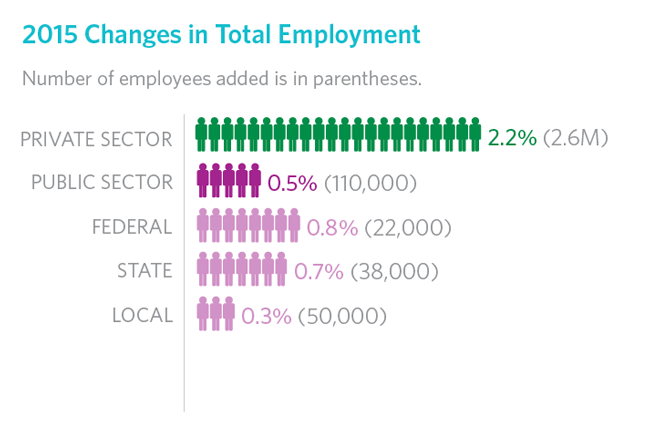 Federal government employment climbed only 0.8 percent in 2015, according to data from the Bureau of Labor Statistics. However, private sector employment expanded nearly 2.2 percent over the same 12-month period—more than four times the growth rate of the public sector.

State and local government employment fared no better, with growth estimates coming in at 0.7 percent and 0.3 percent, respectively. At the state level, the greatest growth stems from increases in colleges and universities