Public Engagement Is Fun and Games

Partnering with the local College of Emerson's engagement lab, the City of Salem, Massachusetts, and its partners used a custom, web-based video game to enable citizens to discuss neighborhood assets, opportunities, and priorities. The results helped build a series of recommendations for capital improvements and community development programs for The Point, Salem's largely low-income, Latino neighborhood.
Advertisement

The Massachusetts Chapter of the American Planning Association recognized those efforts, giving its Social Advocacy and Public Engagement Award to the project's partner groups, the City of Salem, North Shore Community Development Coalition (CDC), and Metropolitan Area Planning Council (MAPC) for their roles in the project. The group also gave its most distinguished award, the Professional Planner Award, to Lynn Duncan, Salem's director of Planning and Community Development for her significant contributions to the planning profession.

What made this project successful, when the city's previous initiatives were not? 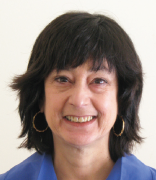 Using traditional approaches combined with new technologies, we provided multiple entry points into the planning process to ensure that people often at the fringes of civic engagement efforts—including immigrants, people of color, and youth—were integral, rather than an afterthought.

The CDC brought grassroots organizing and youth development expertise. The City of Salem's team was committed to an action plan that combined city resources and in-kind and programmatic support from partners. MAPC provided access to new technologies including keypad polling, interpretation, and the development of the web-based game. 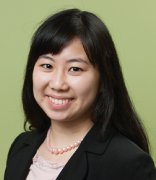 This project was successful because it leveraged the unique skills of each partner. The City of Salem was committed to experimenting with innovative planning and creating a realistic, implementable plan. The CDC brought a deep neighborhood commitment and expertise in grassroots organizing. MAPC filled a facilitative and technical resource role.

Using traditional approaches and new technologies, we provided multiple entry points into the planning process to ensure that people who are often at the fringes of civic engagement efforts—including immigrants, people of color, and youth—were integral, rather than an afterthought. 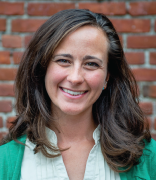 This project was a success due to the deep level of engagement, both with resident groups and a variety of community stakeholders. Buy-in from a wide range of people and organizations can influence the outcome.

More importantly, the project partners went directly to the residents for input. The strong collaboration and working relationship among the agencies enabled us to put this plan into action, and continuing community engagement ensures the investment into the neighborhood moves forward.

LM
About the Author
Lisa Marsh

Lisa Marsh is associate editor of The Public Manager, ASTD’s quarterly journal for government leaders at all levels. She is pretty happy at work. As a publications consultant and editor for more than 25 years, she has seen a variety of workplaces and likes to focus on best practices.