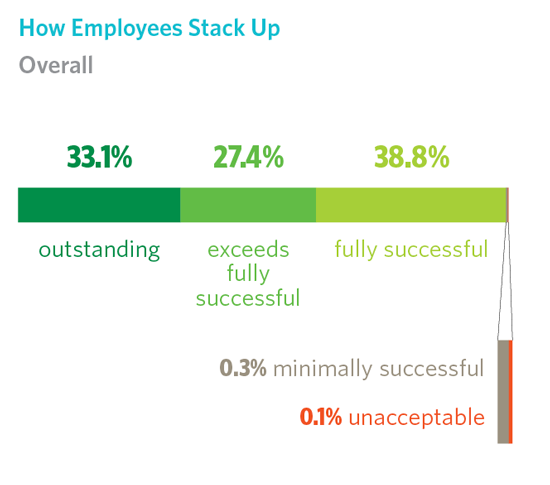 Across the federal government, employees are doing well. That's according to a U.S. Government Accountability Office report, which found that 99 percent of permanent, non-Senior Executive Service employees received a rating of "fully successful" or better in 2013, the most recent year for which data were available. The report, which covers the 24 Chief Financial Officers Act agencies, was published in May and released publicly in June. Permanent, non-SES employees covered by this r