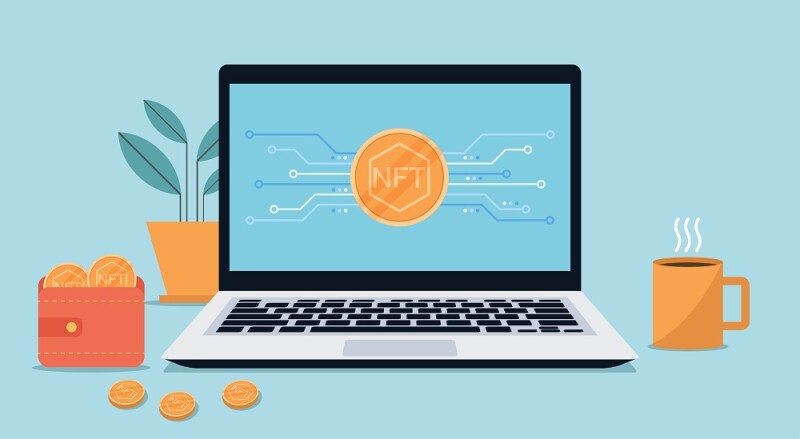 Today, you would be hard-pressed to find a more polarizing acronym than NFT, which stands for non-fungible token. Some see NFTs as the future of ownership, while others describe them as a poverty trap.

Conflicting opinions about the usefulness of NFTs are easy to explain: Many don’t fully understand the technology and aren’t aware that it extends beyond the digital collectibles that make news headlines. The same misunderstanding was true for augmented reality (AR) a decade ago.

Investopedia defines NFTs as “cryptographic assets on a blockchain with unique identification codes and metadata that distinguish them from each other.”

Both NFTs and cryptocurrencies leverage underlying blockchain technology, and purchase or ownership is transacted virtually through internet protocols. But NFTs have two key properties that separate them from cryptocurrencies like Bitcoin and traditional digital assets:

NFTs are non-fungible—they can’t be exchanged for another asset of the same type because each NFT has unique qualities known as attributes. Since NFTs are stored on various blockchains, they can’t be endlessly replicated and shared.

Ever since the first-known NFT, Quantum, was created by Kevin McCoy and Anil Dash in May 2014, NFT-related transactions make the headlines because of the money involved. Perhaps the best example is a unique digital artwork called The Merge. Created by renowned artist Pak, this fragmented piece of art was sold for $91.8 million to 28,983 collectors. Other NFTs that sold for millions include Beeple’s Everydays, Human One, CryptoPunk #5822, #7804, #7523, #3100, and others.

In addition to artists and blockchain enthusiasts, NFT collections are being minted by a growing list of celebrities and brands including the NBA, Formula 1, Coca-Cola, Taco Bell, Eminem, Grimes, Paris Hilton, Gwyneth Paltrow, Reese Witherspoon, Justin Bieber, and Kevin Hart. While some newcomers are simply riding the NFT hype train to make a quick buck, many innovators explore a diverse range of NFT use cases.

The fact that the global NFT market size reached $41 billion in 2021—up from just $100 million in 2020—is proof that there’s more to NFTs than attention-grabbing headlines.

Just like Bitcoin sparked a global cryptocurrency revolution when it was first released in January 2009, NFTs are now inspiring innovators and visionary enthusiasts from around the world to explore how blockchain technology can be used to not only verify asset ownership but also provide additional utility to owners.
Advertisement

Let’s explore the evolving utility of NFTs by focusing on several aspects of our daily lives that are already affected by the technology.

Gaming
Some of the largest gaming companies, including Ubisoft, Square Enix, and EA, have recently announced their desire to incorporate NFTs into their games.

"I see 2021 not only as ‘Metaverse: Year One,’ but also as ‘NFTs: Year One’ given that it was a year in which NFTs were met with a great deal of enthusiasm by a rapidly expanding user base," says Yosuke Matsuda, the president and representative director of Square Enix.

NFTs can be seen as a natural evolution of in-app purchases, which drive about 95 percent of users’ spending among mobile gamers. By decentralizing the ownership of in-app purchases, they pave the way for in-game assets to be freely exchanged among gamers and even transferred between different games.

Developers and publishers can create player-driven economies of in-game assets by equipping gamers with content creation tools that allow them to design, advertise, and sell everything from digital fashion for their avatars to vehicles, weapons, and more.

Social Spaces
Most people who pay attention to what’s happening in the digital world have heard about Bored Ape Yacht Club, a collection of 10,000 NFTs featuring cartoon primates. Many of the same people also wonder why anyone would pay as much as $3.4 million for an image of an ape.

Here’s the reason: Owners of Bored Ape NFTs get to access an exclusive social space where they can meet with like-minded individuals—including celebrities—and chat about anything they want, such as entrepreneurship and investing.

When used this way, NFTs essentially serve as passes to exclusive community clubs, and these clubs don’t have to be merely virtual. For example, some owners of VeeFriends, an NFT collection launched by serial entrepreneur, investor, and media mogul Gary Vaynerchuk get free access to VeeCon from 2022 to 2024.

The VeeFriends NFT collection also includes collectibles that come with perks such as a mentoring session from Gary himself. Naturally, the value of such NFTs goes far beyond the ownership of the unique piece of art associated with them.

Metaverse
Meta, Microsoft, Apple, Epic Games, Nvidia, Niantic, Sandbox, Decentraland, and Somnium Space are some of the companies actively building the metaverse, an embodied internet that’s expected to grow at a compound annual growth rate of 13.1 percent over the next few years.

NFTs make it possible for virtual items in the metaverse to be uniquely identifiable, purchasable, and exchangeable on NFT marketplaces like MetaMundo, which raised over $2.7 million in seed funding in November 2021.

Healthcare and Real Estate
In healthcare, NFTs might be a way to provide unique digital identities in rural regions. Some parts of Africa, for instance, could benefit from the use of NFTs to create a public register to authenticate medical personnel and generate birth certificates.

Industries such as real estate could leverage NFTs for chain of custody documentation around property ownership and historic land transfer records (like property deeds). Here in North America, proof of ownership and chain of custody is not something we think about much, but in other regions, land grabbing, single source paper documents, and confusion of ownership remains a real problem that NFTs could help solve.

The Future of NFTs

The NFT market is still in its early stages, with novel use cases being explored every day. Nobody knows exactly what role NFTs will play in the future, but their growing utility beyond digital collectibles indicates that it won’t be a minor one.

This begs the question: How might NFTs apply to talent development? Only time will tell.