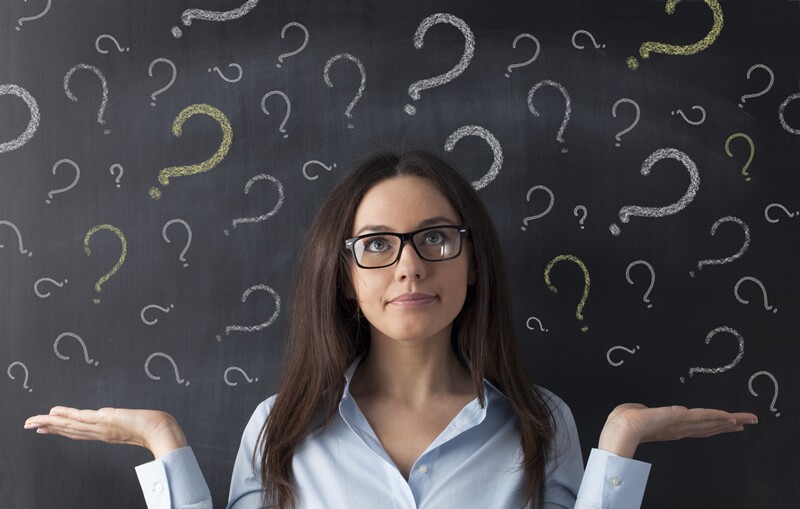 I thought I might start the year by throwing caution to the wind as we look forward to 2019. More specifically, alerting all of us to an unfortunate pattern occurring in our industry: adherence to fads that have little to no real proof of effectiveness. I started this warning in my previous blog on the 70-20-10 rule. In that post, I mentioned several other potential “rules” that have spread like wildfire to the point they are applied in practice without much regard for their veracity. Ones mentioned most often are the 10,000-hour rule, the use of SMART objectives, and strengths-based development. Talent Quarterly even devoted an entire issue to these unsubstantiated talent management trends that continue to get press and practice. The issue contested that while some of these might be useful and relevant to improving individual and organizational performance, little to no rigorous research has been conducted to validate their claims of effectiveness.

As either internal or external practitioners of both the art and science of talent development, it is incumbent on all of us to look at these practices with clear eyes before advocating their unbridled use. The purpose of this blog post (like the last) is to deconstruct a few of these in order to better understand the underlying confusion that may be resulting in their use.

Let’s first take a look at the so-called 10,000 Hour rule made popular by Malcolm Gladwell’s 2008 book, Outliers. In it he gave compelling examples of how the best athletes, musicians, artists and the like were tied by the fact they all practiced their craft over and over again to gain perfection. However, if one looks closely at both his writing and the original work from which it was cited, you will discover that both were misinterpreted just like McCall’s original 70-20-10 research was. In fact, Ericsson et al.’s work never suggested a specific number of practice hours as critical for derived expertise, but rather that 10,000 hours may be an average number of hours observed to reach this level. They also concluded that a lot of other factors are relevant to the amount of time required, such as the particular area of expertise and how deliberate the practice is. Furthermore, even Gladwell pointed out one also needs a certain level of predisposed talent and of support received in addition to significant practice to reach expert status.

This is not to say deliberate practice doesn’t help achieve expertise. To the contrary, it is almost necessary for many tasks, but least strongly related to professional performance and most strongly related to gaming performance, which are highly predictable activities (MacNamara, Hambrick, and Oswald 2014). It also varies by age at outset of the practice, as well as factors such as intelligence and natural ability. Will more practice generally lead to more success? Most probably. But will it alone guarantee that success? The jury is still out on this answer.

Another often-used practice that can be readily observed in corporate America, and one for which I must in full transparency admit ascribing to over the years, is the use of SMART ( Specific, Measurable, Achievable, Relevant, and Timely) goals in the performance management process. Although there has been a recent rapid movement away from traditional performance management processes of goal setting and annual appraisals to an emphasis on more day-to-day coaching, most companies still use some type of annual goal and objective setting as part of their process to hold people accountable for their performance.
Advertisement

Unfortunately, we are now discovering that simply intending to change behavior and actually changing that behavior are not necessarily related. One study observed 4,182 workers from 397 organizations to see if goal-setting processes helped employees achieve success. Results indicated that people’s goals weren’t that helpful after all; indeed, the study showed that only about 15 percent of employees strongly agreed their goals were instrumental in achieving any of their success (source). What appears to be more important in accomplishing goals than setting them is describing the conditions under which one will plan to implement new behaviors. NYU’s Peter Gollwitzer’s body of research focusing on how goals and plans affect cognition and behavior has confirmed this conclusion in stating that implementation intentions, rather than goal intentions, can result in higher probability of successful goal attainment. No wonder it is said that 80 percent of strategic plans (i.e., goals) never get executed.

Let’s take one more of my favorite myths practiced almost blindly, although there do appear to be two camps that have emerged over the years. Strength-based development, popularized by the Gallup organization’s many books on the subject, submits that individual improvement is linked significantly more strongly to identifying and then leveraging the strengths of people rather than focusing on their weaknesses. This sounds plausible if for no other reason than because most people don’t want to focus on their inherent weaknesses.
Advertisement

However, another camp suggests quite defiantly that simply looking at one’s strengths to the exclusion of a person’s deficiencies is not only inadequate for development, but unfair to the individual truly interested in improving. This is largely due to three reasons:

The same arguments can be made about the claims surrounding achieving work-life balance, the value of 360 assessments in changing behavior, the use of emotional intelligence, and using learning agility and neuroscience as elixirs for predicting success, among others. As Clark Quinn notes, “Myths, superstitions and misconceptions are eating unnecessary time and money” (Quinn 2018). It is time for all talent development professionals to take a very hard look at what trends and practices they are advocating that may in fact have no grounding in real results.

How are you exploring the good, the bad, and the ugly trends in talent development? What are you doing in your practice, whether internal or external, to ensure you are advocating and implementing methodologies that indeed work? How are you preventing wholesale adoption of unproven tools and techniques? What research processes have you, or could you, put in place to evaluate how well what you are implementing actually works?

For more insight, check out my book The Complete Guide to Building and Growing a Talent Development Firm.

About the Author
Stephen L. Cohen

Steve Cohen is founder and principal of the Strategic Leadership Collaborative, a private consulting practice focused on business strategy and development. A 40+ year veteran of the talent development industry, largely on the supplier side, he has demonstrated a proven track record for building equity by growing top and bottom-line performance for eight different consulting enterprises in the education and training industry he has either founded and/or led. He has been called on to consult with numerous firms needing strategic planning guidance, business coaching, and board advisory services.