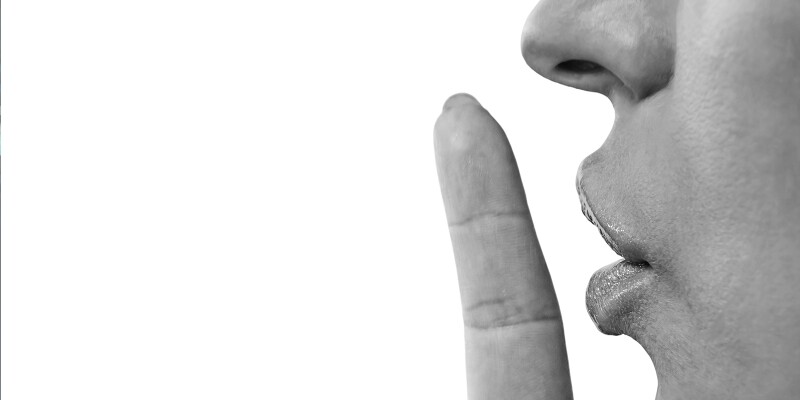 Beware the Lure of Confidence

Confidence is a powerful thing. If you don't believe me, believe the thousands of survey respondents who consistently rate confidence as one of the most attractive qualities in both employees and romantic partners. It's the one topic where Harvard Business Review and Cosmopolitan see eye to eye. What more proof do you need?

As a new CEO, I was drawn to employees who radiated confidence. I didn't exactly understand why, and at the time I would never have admitted it even to myself. But looking back, it's quite clear: I was drawn to their confidence because I wished I had more of it myself. New to the biggest job of my career, I desperately wanted to look like I knew what I was doing, but in my heart, I knew better.

How could I not? As I had risen through the corporate ranks, each job I had taken on had been bigger than the last. With every promotion, my responsibilities broadened until I became CEO and found myself responsible for everything. Everything is ... a lot! Since no one can be an expert at everything, the CEO role inevitably means being responsible for at least some functions and areas that I don't understand very well. Any reasonably self-aware person would feel some insecurity in this role. If you don't feel daunted by all the bucks that now stop at your desk, you don't understand the job.

Early in my first CEO tenure, I was faced with a staff decision that pushed many of my insecurity buttons. The vice president of regulatory compliance position was vacant, and I had to fill it fast. Prior to my arrival, the company board of directors had become concerned about the organization's ability to keep up with ever-evolving regulations. The board handed down a decision to acquire a sophisticated regulatory compliance tracking software. The timeline to get the new software up and running was tight, and I needed a VP of regulatory compliance to get it done.

Fortunately, I had two good internal candidates for the VP position. Alex and Jessie were both directors in the regulatory compliance department with several years of experience at the company. Either could do the job. On paper, Alex was the stronger candidate with more relevant experience and better credentials. In the flesh, it was a close call because of Jessie's charisma and confidence. The resume favored Alex, but the leadership intangibles were all on Jessie's side.

Getting the new software system implemented on time was a big deal. If that project were to fail, my own job would be in jeopardy. In choosing between Alex and Jessie, I was deciding into whose hands to put my fate as CEO. Who was more likely to build me a time machine? I couldn't tell.

The uncertainty of it all weighed on me, and my mind began to grasp for something that would make me feel better. The more I interacted with the two job candidates, the more I was drawn to Jessie's confidence. While I was uncertain, Jessie had unwavering belief. Alex had many good qualities but not Jessie's supreme confidence.

The fundamental question I had for both candidates was whether they could get the new system implemented on time. I asked them exactly that, and their differing responses sealed the matter for me. Alex looked at the project plan and said, "The task-level time estimates are inherently imprecise, but the errors are likely to even out, so I believe we have a high probability of finishing on time." It was a sober and indisputably true statement, but in it I heard hedging and lack of commitment.

Jessie looked me square in the eyes and vowed, "We'll get it done on time; I guarantee it!" Hers was a much more emphatic response, and in it I heard determination and absolute confidence. Not feeling confident myself, I found Jessie's bravado comforting. I had found my VP of regulatory compliance.

Over the next year, Jessie attacked the new system implementation with gusto, skill, and drive—but also with some considerable insecurities and important skills gaps hidden behind her cocksure mannerisms I had found so appealing at first. The system was implemented on time but not without a lot of drama and some close calls—some of which were unavoidable but others due to Jessie's extreme reluctance to admit error and change course in areas where her earlier confidence had been misplaced.

Jessie displayed particular sensitivity to any question regarding her judgment, ability, or authority. She fiercely and sometimes hurtfully resisted any such inquiries. Wedded to a supremely confident external persona yet internally struggling with the same insecurities as the rest of us, Jessie was exceptionally difficult to deal with when things did not go according to plan. I have often wondered if her confidence lured me into making the wrong decision. With the benefit of hindsight, I believe Alex could also have gotten the new system implemented on time and probably with a whole lot less wear and tear on everyone else.

I have learned that bravado is not confidence and confidence is not competence. It's not that confidence is a bad thing—it's just not the most important thing. In fact, in my experience, it's commonly not important at all. Competent people are often confident in their abilities but not always. Some insecure people are very good at what they do. Their insecurity drives them to work that much harder. The reverse is also true—not every confident person is good at what he does. Some people seriously overestimate their own talent and ability. If you doubt that, just go to karaoke night at any local bar.

Now I look for competence and motivation in job candidates. I have nothing against confidence, but I try to leave that out of my evaluation. I'm not always entirely successful—confidence is a seductive quality. Yet, I've come to recognize signs. Competent people often don't put a lot of effort into selling their competence. They figure anyone can tell they know what they're doing. So, candidates working a little too hard to convince me of their competence make me nervous. Also, competent people are not afraid to acknowledge uncertainty and risk. Bravado is a red flag; candidates who talk in absolutes scare me. I've learned my lesson: Focus on competence, and don't be lured by the confidence of charismatic people.

About the Author
Rob Paulsson

Rob Paulsson is president of Strategic Healthcare Programs and author of Hank’s Office: My Year as New CEO. Contact him at [email protected]