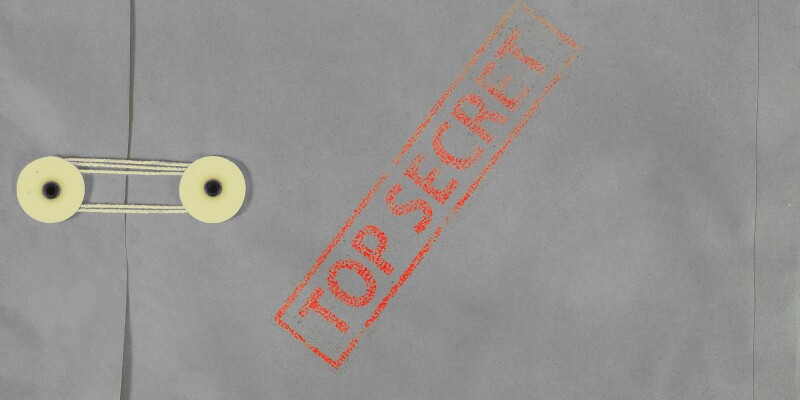 Leaders and training participants alike may say your programs are good, but that doesn't make it true.

Some organizational cultures may be too nice. At least, that is how I would characterize the Caterpillar culture when I served as the chief learning officer from 2001 to 2006.

While that may sound wonderful to someone experiencing a contentious workplace, as a talent development professional, it presented a challenge for discovering what others really thought about my department and our programs.

Caterpillar University began in 2001 after a global team spent six months benchmarking other corporate universities and interviewing leaders at Caterpillar to confirm the need for a corporate university and a global approach to learning. At the time, the company employed 40,000 workers and had 28 business units, including production, a marketing unit for each region of the world, and service units such as accounting, tax, treasury, and HR. Each unit head reported to a group president, who reported to the CEO.

While the executive office and the council of business unit leaders had approved Cat U's creation, I soon discovered it lacked universal support. Until that point, the business units had complete control over their individual learning, and they liked it that way. It was also consistent with the decentralized structure in place since 1990. Bottom line: Not all business unit leaders welcomed Cat U with open arms.

Recognizing the high level of resistance to a centralized learning function, I opted for a hybrid model where the business units and the university would each have their own learning staff and budget. Cat U would focus on global learning—programs such as leadership, Six Sigma, and change management—where it made sense to have a common approach across the organization. The university would also concentrate on common learning processes such as annual planning and budgeting as well as moving the company to a single learning management system.

Because the CEO and executive office were strong supporters of Cat U, business unit heads opposed to the university would seldom express their displeasure publicly. That, combined with a culture of employees being nice to each other when face-to-face, meant that my semiannual visits with the unit heads were always pleasant.

I would ask how things were going with regard to learning, and they would say fine. Some would voice particular concerns or make suggestions for improvement, but most would just say everything was fine.

The problem was that everything was not fine—they simply didn't want to share that with me.

Fortunately, early into Cat U's second year, a few unit leaders reached out to me with complaints. With that, I discovered that some programs were not going as well as my staff had indicated. Neither they nor the executives had relayed the reality.

Some of the unit leaders had specific suggestions for improvements, but they were not sharing them—with me, that is. Undoubtedly, they were sharing their concerns with fellow leaders and senior staff.

I was last to know, and that was not a good position to be in.

After finally learning the truth, I worked with my team to develop a short survey for the unit leaders, which we would now conduct annually. We asked questions about the experience of working with Cat U.

Were we reliable partners? Did we deliver on time and on budget? Did we listen to the units to understand their needs and concerns? Would they recommend us to others?

We also incorporated open-ended questions to gather examples and suggested improvements. The results were surprising.

On a five-point scale, I assumed we would rate about 4.5. We came in closer to 4, with a number of 3s offsetting some 5s. More than a few of the senior leaders had major concerns, and many had lesser but still important issues.

The good news was that in almost all cases, my team and I could address those concerns and issues. The bad news was that we didn't know about them sooner.

Admittedly, my initial reaction was frustration. I was meeting with these leaders twice a year for the express purpose of gaining their feedback, so why didn't they share their concerns with me?

I eventually concluded that the culture at Caterpillar played a significant role. They would provide honest feedback in a survey but not initially in person. I followed up with those who had given us a low ranking, and they were happy to meet further and provide detailed feedback I needed.

Perhaps they also wanted to know whether I was serious about getting real feedback in my semiannual meetings. The survey confirmed that I was.

Going forward, the semiannual discussions were much more honest, and the unit leaders were willing to call me. The candid feedback enabled my team and I to make changes, improve the programs, and set the stage for better cooperation in planning future programs.

Unfortunately, I cannot report that the experience changed the most die-hard Cat U opponents' minds. Even as I left in 2006, some units had never embraced a centralized approach to learning or the university.

In the culture at Caterpillar, the written survey after in-person meetings made all the difference in accessing honest feedback. Sometimes you have to dig deep. If everyone says things are going well, you probably are not probing hard enough to uncover the areas that need improvement.

I have tried to apply that lesson to my current work by not assuming that good ratings for workshops and other services are the final word. In fact, respondents may not be opening up, especially in workshop settings where we get to know each other. I continue to probe even after they tell me everything is fine, sometimes even scheduling a call to see what improvements my team and I can make.

About the Author
David Vance

David Vance is the Executive Director of the Center for Talent Reporting which is a nonprofit organization dedicated to the creation and implementation of standards for human capital reporting and management. He is the former President of Caterpillar University, which he founded in 2001. Until his retirement in January 2007, he was responsible for ensuring that the right education, training and leadership were provided to achieve corporate goals and efficiently meet the learning needs of Caterpillar and dealer employees. Prior to this position, Dave was Chief Economist and Head of the Business Intelligence Group at Caterpillar Inc. with responsibility for economic outlooks, sales forecasts, market research, competitive analysis and business information systems. Dave received his Bachelor of Science Degree in political science from M.I.T. in 1974, a Master of Science Degree in business administration from Indiana University (South Bend) in 1983, and a Ph.D. in economics from the University of Notre Dame in 1988. Dave was named 2006 Chief Learning Officer (CLO) of the Year byChief Learning Officer magazine. He also was named 2004 Corporate University Leader of the Year by the International Quality and Productivity Center in their annual CUBIC (Corporate University Best in Class) Awards. Caterpillar was ranked number one in the 2005 ASTD Best Awards and was named Best Overall Corporate University in 2004 by both Corporate University Xchange and the International Quality and Productivity Center. Dave is a frequent speaker at learning conferences and association meetings. He conducts workshops on managing the learning function, and teaches at Bellevue University and the University of Southern Mississippi. His current research focus is on the development of Talent Development Reporting Principles (TDRp) for L&D in particular and human capital in general. He also is a trustee and lead independent director for State Farm Mutual Funds, and an advisory board member for Capital Analytics, Inc. and Knowledge Advisors. His first book, The Business of Learning: How to Manage Corporate Training to Improve Your Bottom Line, was published in October 2010.