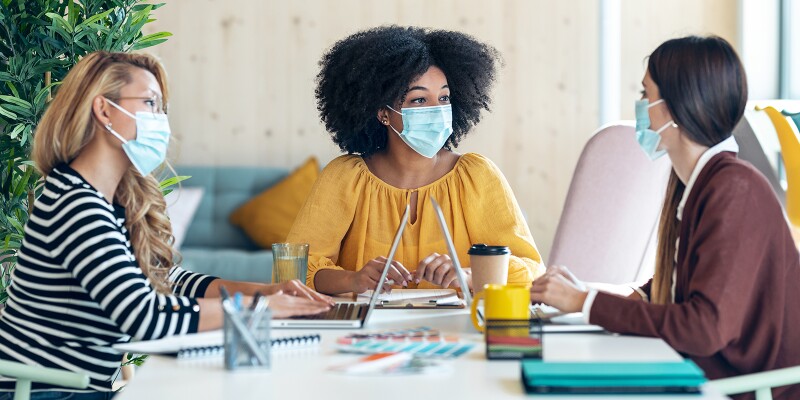 Women in leadership is a selling point to early-career women.

Diversity, equity, and inclusion is top of mind for many workers. That is true of those just entering the workplace and plays a significant part in the companies they choose to work for.

Handshake, a job site that connects college students with internships and entry-level positions, recently surveyed 1,000 job seekers age 18 to 25 for its Network Trends Report: Gender, Equity, and Gen Z. Researchers found that, before applying to a job, 65 percent of women and 83 percent of nonbinary respondents look to see whether women are represented on a prospective employer's leadership team. Researchers also discovered that more than half of job seekers in this age group, regardless of gender, will not apply for jobs at companies that lack gender diversity.

Juxtapose those findings with the National Women's Law Center data that women accounted for more than 5.4 million job losses in the US during the pandemic, and that presents a real gender diversity dilemma for employers seeking to recruit young professionals. Attracting women early in their careers begins with promoting more women in general, Handshake researchers say. But with fewer women in the workforce, how can companies do that?

Jenn Donahue, president and owner of JL Donahue Engineering, is a thought leader in the leadership development space who believes that the road to increased gender parity in the workplace is paved with training and development. Yet, despite how important it is in this moment to position women for promotion and leadership, Donahue cautions employers about promoting women into leadership roles before they are ready.

"No one ever wants to feel like the token female or that you're filling a quota. As a leader or manager, it is your responsibility to give your candidate the time and resources they need to succeed, either through formal training, mentoring, or other personal development means," she says.

Donahue points out that studies have shown the impact that mentoring can have on increasing women's representation, promotion, and retention. She adds, "And while I am a huge proponent of statistics, I can say from my own experience that having a mentor who guided me and gave me professional development propelled me to my current status."