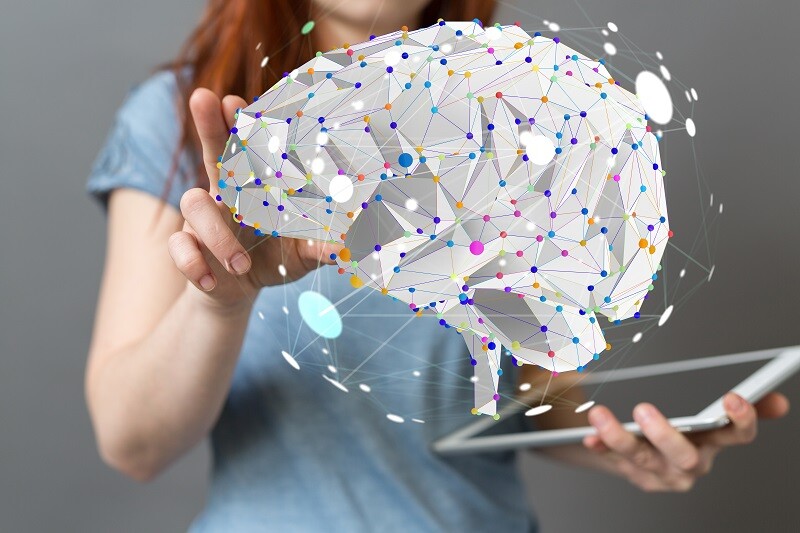 A Trend to Supersede

At the beginning of the past two years, I’ve written a post on important points I think you should know. In 2021 I mentioned the importance of context, emotion, and learning to learn. In 2022 I discussed some of the newer cognitive science models of cognition—including distributed, social, and embodied cognition—as well as the role of mental models. This year, I’d like to focus on a trend that we should extinguish: the belief that we are formal, logical, reasoning beings.

The cognitive revolution transcended the view of behavioral psychology; we couldn’t talk about what went on in the brain. While many valuable insights were generated by that scientific paradigm, including the role of performance objectives, the move to thinking we could isolate necessary components provided further advances. Results that have stood the test of time—the recognition of sensory, working, and long-term memory as well as core cognitive processes like attention, elaboration, and retrieval—were identified.

We tend to adopt existing models as frameworks for thinking about the brain, and the cognitive revolution was no exception. For example, consider the computer as a general-purpose information processing system. It made sense to adopt that model to reflect our abilities to process information and complete a variety of tasks. Thus, the dominant framework for thinking about thinking was to view our brains as formal, logical, reasoning machines.

Such models, with some assumptions like mapping the world into formal representations, accomplished impressive tasks. Systems built upon that model could break down problems into components and solve them. They could even learn. Artificial intelligence (AI) advanced as a result. So-called “expert systems” were built upon interviews with the best practitioners. Sadly, these models failed in practical situations, leading to an AI winter. This was a disconcerting time, when behavior naturally observed in humans did not reflect these symbolic systems.

One of the most impressive capabilities of our thinking is the ability to organize the world into flexible frameworks. What David Rumelhart called schemas, Marvin Minsky called frames, and Roger Schank called scripts all reflect our ability to infer knowledge about the world. Thus, we had representations such as wheels that scaled up to vehicles but differently for automobiles versus bicycles. Symbolic logic struggles with this, however. Attempts were made to adapt, such as Lofti Zadeh’s Fuzzy Logic and Douglas Hofstedter’s Slipnets, but suffered in practice.

An alternative framework emerged that could be characterized as “subsymbolic,” operating below the symbolic level. John Holland, Keith Holyoak, Richard Nisbett, and Paul Thagard created a genetic algorithm approach in Induction, which borrowed mutation from biology, but wasn’t aligned with neuroscience. Rumelhart, along with Jay McClelland, proposed connectionist models instead in their two-volume set Parallel Distributed Processing with a neuroscientific inspiration. These models were found to exhibit rational behavior similar to humans. They represented the same types of behaviors, including errors, that were empirically obtained from psychology research.

These neural net models created not only a psychological revolution, capturing elements of cognition, but also a renewed basis for artificial intelligence, underpinning much of today’s work in machine learning.

One small legacy of the formal, logical, reasoning model of cognition, however, seems to linger. It appears that many of our practices in learning and development (and business in general), still seem to be based on this idea. This is a potential problem.

If we’re formal logical beings, there are several things we should be able to assume. For one, if we give people new information, they’ll appropriately adjust their behavior. Moreover, the person with the greatest access to information should be the one to make a decision, and that decision will be the best one possible. We see this manifest in several ways.

For one, our training frequently resembles the presentation of new information with an expectation of behavior change. Too often, we see bullet points of information extracted from (and even presented by) experts. After this, there’s an expectation that we’ll do something differently. Similarly with annual or quarterly reviews. People need feedback at the appropriate time and support for change. We don’t just change when we wish to; it takes time and practice.

We also see decisions made by individuals without consultation. Folks will decree a new approach because it’s been determined by the person at the appropriate decision point. Yet the evidence suggests that we get better outcomes when we bring more people into the decision-making process, such as in Keith Sawyer’s Group Genius. When we follow practices that help us suitably explore a problem individually, and then collectively brainstorm solutions, test, and adapt, the outcomes are better.

Sadly, there is also evidence that this approach to work isn’t working. We see it in the outcomes of learning investments, and when we evaluate organizational success as an outcome of our approaches, we see that more informed ones work better.
Advertisement

In the 2012 Harvard Business School working paper The Great Training Robbery, Michael Beer, Magnus Finnstrom, and Derek Schrader cite metanalyses that suggest only 10 percent of training investment has an impact. There may be multiple causes for this, but it does suggest that we’re wasting money with our approaches. The Serious eLearning Manifesto suggests that much of traditional learning is based on information presentation, so it’s safe to say that we’re not doing as well as we could.

Overall, the continued use of ineffective practices undermines our organizational success. We need to effectively achieve our organizational goals, which includes ensuring we can optimally execute what we know we need to do and continually innovate when we have to invent or adapt.

What should you do differently?


Ultimately, L&D should be the folks that are responsible for not only optimal execution but also continual innovation. When you’re innovating (problem solving, designing, or researching), you don’t know the answer when you start, so inherently it is learning. It’s informal learning, and no one knows the answer (yet)! Still, it’s an opportunity for L&D to attain a more valuable role in the organization.

To make this strategic move and start bringing evidence-based practices from formal to informal learning, take ownership of these practices within your teams. Make it safe to fail; share stories of what you tried; and learn together. Create and understand a learning microculture before taking it to the rest of the organization.

Last, identify the organizational legacies that are holding you, and your organizations, back. Then, find alternatives, and implement them. When you’re free of your unexamined past, you can move forward to an evidence-based future that means better outcomes. That’s a trend I’d like to see and encourage you to undertake. 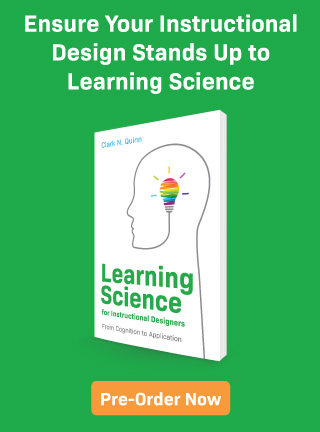 Clark Quinn, Ph.D. is the Executive Director of Quinnovation, Co-Director of the Learning Development Accelerator, Chief Learning Strategist for Upside Learning, and a co-author of the Serious eLearning Manifesto. With more than four decades of experience at the cutting edge of learning, Dr. Quinn is an internationally-recognized speaker, consultant, and author of seven books. He combines a deep knowledge of cognitive science and broad experience with technology into strategic design solutions that achieve innovative yet practical outcomes for corporations, higher-education, not-for-profit, and government organizations.

Alexander Salas
January 24, 2023 11:05 AM
The link to the article poised as "evidence-based practices" has ZERO references to actual evidence. This quote seems to contradict your position of attention spans too? "Studies show that the human attention span maxes out at about 20 minutes, causing an individual to drift away for a bit even though the learning event is still going."