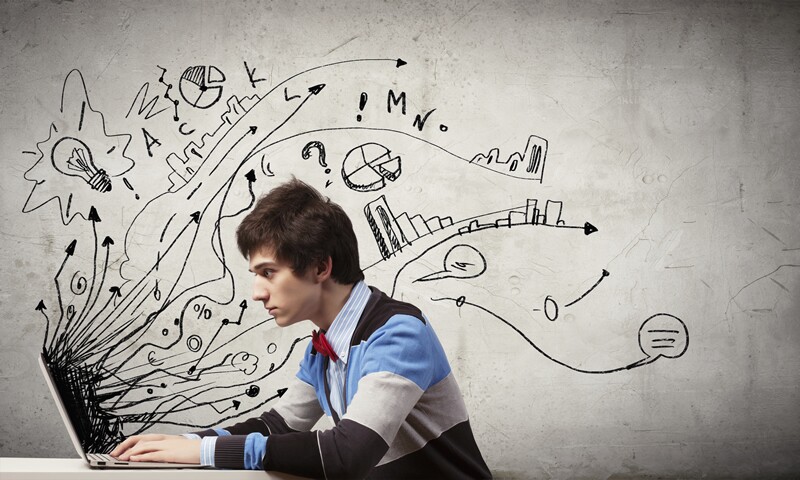 We Think, Therefore We Learn

Nearly everything we thought we knew about the human brain changed when we started putting live subjects into functional Magnetic Resonance Imaging machines (fMRIs) about 15 years ago. You may think that with the invention of the fMRI and other brain imaging technologies that psychology has gone the way of phrenology and other pseudo-science but this is not the case.

Cognitive science is a branch of psychology that attempts to explain human behavior by understanding how we think. Like cosmology, quantum physics, and many other branches of science, cognitive psychology employs models to describe something that can’t be directly observed.

While it may not be as trendy as neuroscience, many cognitive psychology models have stood the test of time, allowing us to consistently predict human behavior. In fact, many elements of these models have been validated and expanded by new discoveries in neuroscience. As a learning professional, you are probably aware of some of the models. Here are a few of the ones I find most useful.

Behaviorism attempts to explain how we learn as a reaction to an outside stimulus that becomes learned through repetition. While many today think that this model is too limited to describe the range of human behavior, some types of learning experiences work quite well with it. It also serves as one of the foundations of machine learning and neural networks. You might know it better by a more recent name: “reward learning.”

Constructivism assumes that every person is motivated to learn by an inner desire to make sense of the world. In this model, every learner is self-directed and a teacher or trainer plays the role of facilitator, helping the learner discover and “construct” their own meaning. This model is the foundation for learner-centered approaches to training and education.

Piaget’s Stage Theory of Cognitive Development recognizes that a child’s ability to process information evolves as the child grows and the brain and body develop. While his work targeted children, many learning professionals have applied his theory to adult learning. If you’ve ever employed the concept of scaffolding or schemas to support learning, you’ve leveraged his work. He was also one of the first people to recognize that intelligence is not a fixed trait.

Robert Gagne recognized what he called the Nine Conditions of Learning:

These conditions or events must be present for learning to take place. While he developed his theory based solely on his own observations, it tracks well with what we know about how the brain processes, encodes, and retrieves information. It tracks so well, in fact, that I leverage his work in my Essentials of Brain-Based Learning workshop.

The Ebbinghaus Learning Curve, Forgetting Curve, and the Spacing Effect

Long before neuroscience existed, Hermann Ebbinghaus applied the scientific method to study how we learn, remember, and forget, using himself as his subject. He published the results of his experiments in 1885, yet his diligent attention to detail has kept his work relevant today. An older contemporary of Albert Einstein, Ebbinghaus was a true po lymath, performing at genius level in multiple scientific disciplines. If the L&D field has our own “Einstein,” Ebbinghaus is that guy.


Other Sciences That Come Into Play

In addition to psychology and neuroscience, the learning professional can gain insights from chemistry, mathematics and probability, physics, anthropology, and many other branches of science. Discarding what works and is still validated by the scientific method would be a bit like refusing to employ geometry once Newton and Leibniz invented calculus.

For a deeper dive into how to leverage the power of neuroscience to make your training more compelling, memorable, and effective, please join me for an upcoming session of Essentials of Brain-Based Learning.

3 Comments
Sign In to Post a Comment
Sign In
WS
William Shorten
May 18, 2019 07:11 AM
Very interesting Margie, in line with this I would highly recommend reading Nick Shackleton Jones' recent book 'How People Learn' which covers this and much else besides.