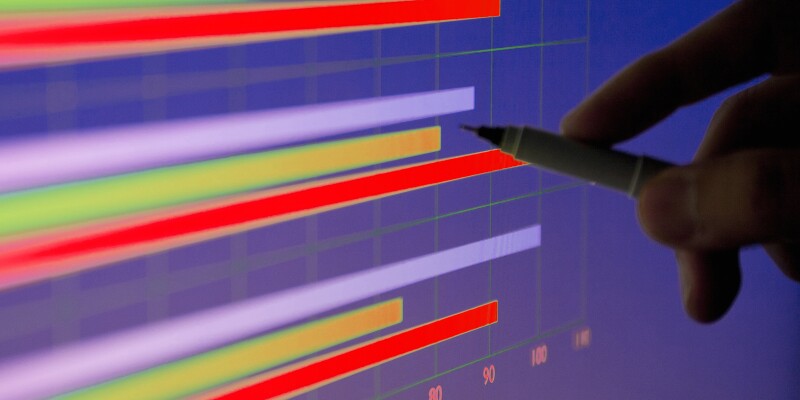 Follow these four steps to measure actualized and perceived leadership development and sustain executive buy-in for your development program.

Leadership development is a top priority for leaders. McKinsey estimates the global industry is worth $50 billion. However, it also reports that just 11 percent of the 500-plus global executives it surveyed agree that their leadership development methods are enabling them to achieve results.

As a talent development leader, how do you know whether leaders are growing and that others’ perceptions of those leaders are also changing? How are you measuring behavioral change in your programs?

As a leadership development coach, I became interested in the measurement of leadership development. However, as I took on more intensive, long-term, and meaningful programs, I started to pick up on a serious gap in my own work and that of other reputable executive coaches and facilitators. The gap is a lack of measurement to prove leaders’ behaviors and perceptions of them by others were changing as a result of our programs.

I dug further and realized that organizations in the US alone are spending more than $14 billion annually on leadership development, and most aren’t measuring their results.

Creating behavioral change isn’t easy, because people are influenced by their own perceptions of leaders. In a study of 162 leaders on Coachmetrix, an online coaching platform, three important trends emerged that helped inform our measurement methodology:

The action planning process in many leadership development programs often occurs after the leader receives objective data about the impact of their behavior—on people or the business—either through verbal or online 360-degree feedback or some other data-gathering mechanism.

That sounds pretty straightforward, right? It is, but there are usually two missing ingredients that get in the way of better measurement.

First, when an action plan is paper based, it is often out of sight and out of mind and doesn’t drive behavior change. However, by putting the action plan online, anyone can access it, which heightens transparency. The second ingredient is calibration among the leader, coach, and leader’s manager to drive change.

When leaders fail to let others know their development areas, they rarely generate a change in how others see them.

In this step, the leader verbally shares the action plan with five to 10 supporters—people whom the leader’s behavior affects and who are willing to provide ongoing feedback and feedforward throughout the leader’s development journey. By sharing the plan, the leader ensures the supporters know the behaviors the leader is focused on improving or changing.

The leader requests that supporters respond to regular surveys that ask them to assess the leader’s behaviors. The leader may also ask different supporters to focus on and evaluate specific goals from the action plan.

Step 3. Pulse for feedback and feedforward

The next critical factor is ongoing measurement. I call this pulse feedback.

In most leadership development programs, there may be a 360-degree feedback process at the beginning. In some programs, there’s a second 360 at the end. Although the intent of those is good, it misses the mark because it lacks focus. Leaders can’t successfully work on five, 10, or 20 different leadership competencies and expect to make significant change.

Instead, I advocate for a 360-degree feedback process at the rollout of a leadership development program and then ongoing pulse feedback surveys, using the two or three behavioral statements in the leader’s action plan. Send those pulse feedback surveys to supporters about every 45 days over a period of six or more months.

The pulse survey process provides real-time data to the leader about how others are perceiving them, and it informs them about next steps. After all, why should the leader wait until the end of the program to understand whether they effected any change?

The final step in the process is for the leader to update their action plan based on the pulse feedback responses while keeping the goal the same and to reengage with supporters.

During that reengagement conversation with supporters, the leader should show gratitude for supporters’ feedback and feedforward and reiterate the value of their input. Further, the leader should restate the leadership development goals and define how they adjusted their action plan based on the feedback.

The beauty of reengaging with supporters is that it enables the leader to gain new ideas on how to change behaviors. It also reminds supporters that the leader remains focused on changing behavior., That accelerates the change in supporters’ perception of the leader.

Data without communication is irrelevant. To make the data meaningful engage with executive sponsors regularly.

First, communicate with your executive sponsors during the program design phase about how you will measure behaviors. Collaboratively establish regular check-ins during the program. Doing so enables you to understand what is important to those executives and the business, modify your measurement methodology accordingly, and build buy-in.

For example, if you discover that creating a coaching culture is the executives’ most important priority, you may consider requiring every leader in the program to have the same goal and corresponding behavioral measurement related to coaching.

Second, establish the cadence and agenda for your ongoing measurement report-outs. Share program updates, participant observations, recommendations of support for leaders in the program, and pulse feedback survey data for each participant.

If we want to gain and maintain credibility and demonstrate that our important work should continue, we can and must measure behavioral change as a result of development programs with the same level of discipline as anything else in the business.

The four-step process is ongoing and circular. When coupled with an effective coach or trainer, relevant tools and programming, and strong executive commitment, you can make a significant difference in the lives of leaders and the people they have an impact on.

About the Author
Sal Silvester

Sal Silvester is the founder and CEO of Coachmetrix, an online coaching platform to help trainers and coaches measure behavioral change and prove their results. Coachmetrix is poised to change the industry standard for measuring behavior change in coaching and leadership development.

Silvester is an industry thought leader and internationally sought-after executive coach and leadership development trainer. He started 5.12 Solutions, a team and leadership development consultancy, in 2002 to help teams and leaders create meaningful and measurable behavioral change. He is the author of three books: Ignite! The 4 Essential Rules for Emerging Leaders; Unite! The 4 Mindset Shifts for Senior Leaders; and Stakeholder Centered Coaching: Maximizing Your Impact as a Coach, co-authored with Marshall Goldsmith.

Silvester’s unique perspective has been nurtured through his experience over the past 25 years as an army officer, an executive at Accenture, and founder of 5.12 Solutions and Coachmetrix. He is a graduate of the US Army Ranger and Airborne schools and has led and managed teams in the desert of Kuwait, the mountains of Turkey, and in the offices of many clients. He is an International Coach Federation certified coach and a Marshall Goldsmith Stakeholder Centered Coaching certified coach. He is an avid rock climber and mountain biker and has competed in six marathons and is an Ironman Triathlon finisher. He also spent 17 years as a volunteer with Rocky Mountain Rescue, a nationally recognized search and rescue team based in Boulder, Colorado, where he lives with his wife and two sons.