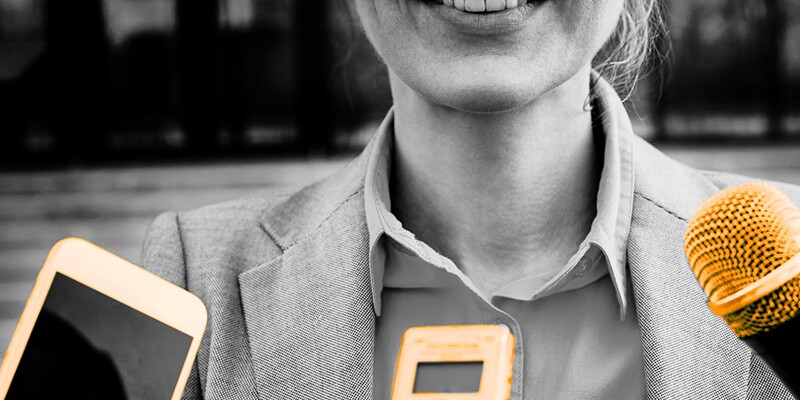 Learn how others see your actions and use that to grow and change.

I have worked in the grocery business my entire career. My great-grandfather started a grocery chain in Kansas about 100 years ago; today the stores in Kansas are still called Dillons. The company grew over the years to include Fry's in Arizona, the King Soopers and City Markets in Colorado, and a few others. Ultimately, that chain of stores was sold to Kroger in 1983.

Before 1983, at a very young age, I worked in the chain's Fry's division where I filled a variety of different roles while learning the business. I had the great fortune of experiencing some personally and professionally transformative experiences at an early point in my career. One such learning experience taught me to see things from other peoples' perspectives.

In my early 20s, I was vice president of merchandising, and my office was on one end of the building. The ad department was in the opposite corner of the building. Back then, Mondays were ad days—when the ad was due to the newspaper by late afternoon. Every Monday afternoon, I walked to and from the ad department multiple times. Each time, I was on a singular mission to get the ad proofread. I'm an intense and focused person, and multitasking is not my strength.

One Monday while walking back to my office, still very focused, one of the chain's buyers, Beth, stuck her head out of her office and said: "Dave, do you have a minute?"

I stopped and sat in Beth's office where she was joined by another buyer. She said, "I wonder if you have any sense of how you come across to all of us who sit along this hallway that you walk every Monday. You are so focused, so intense on whatever it is you're doing that you don't even recognize that there are people around you. You don't say hello. You don't smile. You don't acknowledge us. The message you are conveying is not a good one for the organization."

Beth's courage to share her perspective made a huge impact on me—I still remember it 40 years later. Until that moment, I had no idea that those around me saw me so differently than I saw myself.

From then on, I promised myself I would look at the world from other people's vantage points, rather than just my own. I continued to walk down the hall, still intense, still focused, but I would consciously try to break loose and greet others. I would attempt to acknowledge the value for me to stop and have a little chat, rather than simply go on about my mission.

From that pivotal experience evolved important habits I've developed in my life. Beth taught me the power of feedback, and throughout my career, I have regularly sought feedback from others.

For example, while conducting annual performance reviews, I consistently asked a series of questions that enabled my direct reports to share their performance feedback with me before I shared mine. I found that people typically knew their own performance better than I did. Sometimes I could point out blind spots they may have missed, but often people felt less battered if they fleshed out these issues for themselves and resolved to fix them on their own.

The questions I typically asked during those performance reviews included:

For that last question, I wanted to get a sense of what concerns my team had about the whole organization. Their combined answers helped me understand whether my priorities for the organization were on target.

An additional question I asked during the performance review was one I borrowed from an article Peter Drucker wrote years ago: "What do I do or not do as your supervisor, that if I were to change, would help you be more effective in your job?"

The first time I asked that question, I mostly received no responses. The second year I asked it to the same people, I received useful feedback. Responses were as simple as requesting I make myself available more often to discuss whatever was on their minds. Other times, the feedback was like Beth's at the beginning of my career: These associates told me how they perceived my actions, such as the words I chose to communicate their performance. Such feedback on their vantage point was always incredibly useful.

Changing the organization through feedback

Using the power of feedback, I learned to turn the organizational chart upside down. I imagined that I, as the CEO at the time, was on the bottom and had a giant responsibility to the rest of the organization to do everything I could to help it be successful. That helped me realize the role and importance of everyone in the organization.

Part of my personal philosophy is to value each employee in the business. I learned this fresh out of school, during my stint at the chain's training program when I rotated among different store jobs. For about a month, I worked the graveyard shift at a King Soopers store washing and waxing floors. There was an older man with whom I worked, and one night while cleaning restrooms together, he said:

"You probably won't be doing this job forever, but never forget that what we're doing to keep this place clean for the customers who come in here and the employees who use the bathrooms contributes to the success of the store … and never be too proud to clean up."

If you want the organization to support a culture that values all employees and the feedback they share, you must regularly talk about it. I worked hard to communicate a direct connection between the company's strategy and employees' job responsibilities. I would tell stories like the ones I've written here to illustrate to everyone the critical roles that they held.

While I have a can-do attitude myself, I also understand that I do not have any corner on the market on good ideas. I don't carry a sense of ownership that I can do something no one else can.

The lesson I learned from Beth helped to shape me early in my career. I learned to look at the world from another person's vantage point, see a new perspective, value others, and grow as person as a result.

DD
About the Author
Dave Dillon

Dave Dillon is the retired chairman and CEO of the Kroger Co.