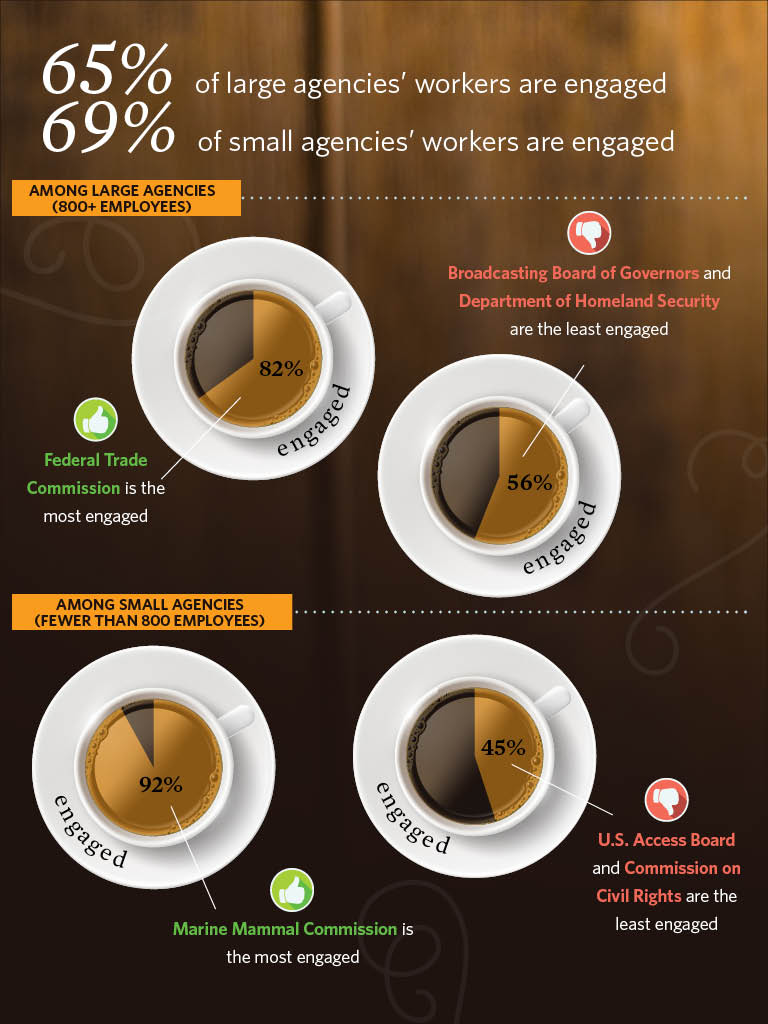 Overall, the government-wide rate of engagement has not dipped below 63 percent or gone higher than 67 percent si